WURDS!! There are things! With WURDS! All of the things!

The first Thing is a short story, just from a random idea that I had while standing in the kitchen (also when you ask a writer “so where do you get your ideas?”… I get mine while stirring pasta, apparently.) It’s currently at 3000 words and I’m just mulling over where I want it to go; my original ending idea was a mild twist but it seems to be taking a slightly darker turn, and I may do some world-rewriting to fit that in. It’s a silly and fun and off the top of my head, and I AM WRITING AGAIN!! (Also, it includes necromancers. What is it with me and necromancers? …And cake. Same question.)

The second is that I have had my editorial letter for No Man’s Land (which has hopefully fairly permanently been renamed Every Ghostly Scar) back from the amazing Rebecca Brewer and I am just SO HAPPY. It’s always hard to read an editorial letter, but I knew the book needed work, and it’s so good to see someone else rip it to bits – but also so gratifying to see that it actually only needs a bit of work on the characters, a couple of scenes added/deleted, a couple of threads tidying up… the book and story overall seem to be in good shape, which is such a relief. I do love the book so much, and it’s so good to hear from someone impartial that they liked it too! So I’m going to take a day or two for mulling that over, maybe have a further chat with Rebecca about how to do some of the things (and also what needs to be done, because some of the ambiguity that she picked up on is deliberate, and I want to know how annoying that is) and then get working! 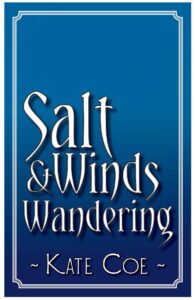 I’ve also been thinking about another project for a while, based on a rewriting of a children’s book – I’m not going to say more than that currently! But I’ve finally bought myself a paper copy of said children’s book so that I can scribble all over it and see if the idea has any legs.

And finally on the writing front, I’ve been playing with redesigning covers for the GreenSky series – I’m doing some more text-based ones, just to see if they work. They all need more work (I’m adding backgrounds at the moment) and I think it’s going to be a long-term project, but it’s something to keep me playing anyhow!

I’m aware that I’m still feeling broken, and that my writer’s block is still definitely there – so I’m taking everything cautiously, and don’t dare yet plunge into the morass of my unfinished stories. But TEH WURDS! They are back!