Welcome to my office! Aka, my brain. Think about having a filing cabinet in your room; a good solid one, that has been kicked around and sat on and opened & closed relentless times. That’s memory, right? Plus stacks of files around that are all the stuff you’re currently dealing and interacting with, and then post-it notes stuck all over the place because they’re the things that are for right now and you won’t need in five minutes. It’s a mess, but an organised one, yes?

But one of the side-effects of long-term depression is memory loss, and over the last 1o-15 years, I have been finding that I can’t recall things. Can’t find the memories. Can’t find the words. I was actually relieved when I learned that memory loss is a side effect, because it felt like my memory was draining much faster than it should have been – and despite everyone else’s “har har, yeah, I get that!” – it felt worse. It’s not bad, not yet, and I work around it, but it is worrying.

And I thought… actually, for someone who doesn’t live with this: can I explain what it feels like to not be able to access a bunch of my office-brain?

The little day-to-day stuff – I just can’t find the post-it note I need. I know that word, but where is that damn bit of bright yellow paper? Ah, here! That’s the word. Previously, I might have had it stuck to my hand, or immediately grabbable – now, it’s somewhere on my desk… and so there’s sometimes a delay as my brain hunts through the words, trying to get the right one! Although I am finding, over the past year, that the post-its are harder to find. That word I want; it used to be on the tip of my tongue, and went from being immediate, to a second or two… and now it’s more often than not failing to come, and I sometimes can’t even recall the shape of it – I substitute a pink post-it for a yellow and I get the word wrong, even if it’s the same vague association. (This is what I mean by “it’s getting worse” – I do have some sort of objective benchmarks, as well as a feeling.)

Some things have a nice, reassuring bulk of memory; friendship with a long-time friend, for example. I know I’ve got all these good memories; a bastion of warmth and tough times and good times and laughter and shared things. But I don’t need to access that; it’s a nice solid filing cabinet that I can sit on, so it doesn’t exactly matter what’s inside it. That’s not too bad; I know the cabinet is there, even if I don’t need to get into it right now.

Some things, I need to get into the cabinet, but I can’t pull the memory out. I had Thornton’s nut toffee recently, completely randomly, and it sparked… something. I know I have a memory associated with that taste, but I can’t find it. I can’t pull it out of the folder. It’s just… not accessible to me right now.

And some things, the memories simply aren’t there. I open the cabinet and it’s a blank; there might be one thing, but nothing else around it. I sometimes have a bright memory linked to a photograph, or a specific moment; but often, the surroundings will be blank. You know the way people often say “oh yes, that trip to X, we did Y and Z” – I don’t have those Y and Z memories. Or I’ll have one or two where other people have ten or twenty. The memory folder that once had a lot in has been whittled down, somehow, and just isn’t as bulky.

And some things are just blank. Gone. I know I should remember… but I don’t. Just grey emptiness. It’s not even that the cabinet is locked; it’s that it’s not even there, or the folder is completely empty. I’ve got a photo somewhere of my family on a trip; I must have taken the photo, as I have it, and I think it’s Florence… but I have no memory of that trip. Zilch. It’s just a photo that I can piece some information together from.(I actually have “Florence 2014” written on it, so that’s something… but can I remember the trip? I mean, I can’t really remember 2014!) 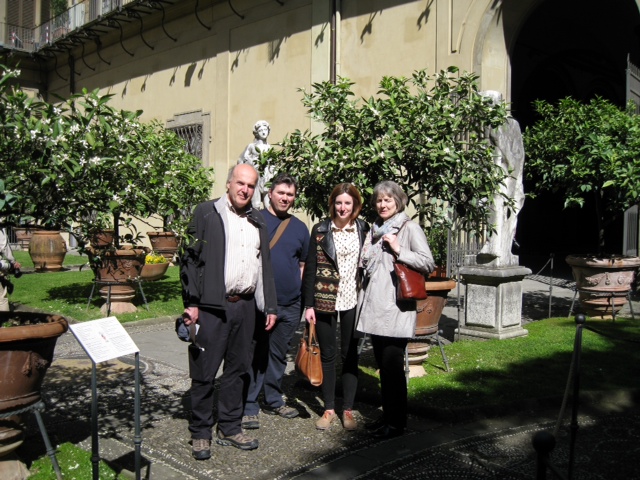 And, honestly, it’s just normal now. I think the terrifying thing with memory loss is that you get used to it; I’ve been learning coping mechanisms for the damn-what’s-that-word, but I can’t do much about the rest. I keep a diary, but don’t keep detailed notes – because what help are notes, if they don’t actually help you recall? And I’m lucky that it’s not yet too bad, and it’s only going slowly – so I am, objectively, fine. I can recall what I need to (mostly), and I know people and places. So I’m just working around a slight issue with wonky filing cabinets and lost post-it notes, and it’s fiiiiine.

(If you catch me pausing when I talk, or if I hesitate, the memory thing is probably why. I know the word, damnit, I just can’t actually find that goddamn bright pink post-it note right now!)

My brain is weird, and wonderful; and also incredibly frustrating at times. But have a small glimpse into what it’s like to have a filing cabinet that you can’t open – and post-it notes stuck everywhere!