“Tresha. It was the thankful, humble, vulnerable feeling that came after someone saw a truth in you, something they had discovered just by watching, something that you did not admit often to yourself.” – Becky Chambers, The Long Way to a Small, Angry Planet

For the first time in over a year, I’d picked up a piece of Dresden writing again – I had to travel to Lymington this weekend, and just started thinking about plot as I drove. What if I jammed two unfinished stories together? What if the solution to one problem was killing someone (well, this is me: I’m not nice to characters) and seeing where it goes? It meant throwing out some writing – but that happens – and it meant thinking about motives again…

So I was poking it on Saturday evening, got a bit written, and briefly mentioned it to a friend who then asked about the world and the factions. I explained – and they upped and ran with it! We were up until 2am talking about a spin-off idea, looking for mood images, discussing motives and character traits and how the world and politics and factions might work… 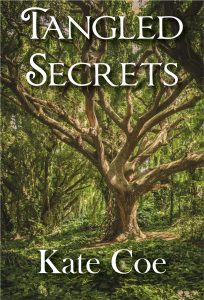 If you’ve seen the rest of the site or read this blog for a while, you’ll know how much I loved the Dresden world; I loved the game, the characters, the intricacy, the factions. The fact that I have about 100k of fanfic words on Wattpad (either published or not yet) and more in a folder tells you how much I loved writing it. And it got locked away when Ryan left, because I couldn’t face it on my own. I’d lost my friend and my partner for that world, and I couldn’t tell those stories any more. It’s sort of been coming back, slowly; putting the words out there has helped, even though I haven’t really been able to write anything new.

And while this isn’t that world and partnership, and never will be – it was letting out the same breath. It was loosening the bands that held it all in. It was being able to talk about something I loved, and be back in that sort of world with someone who gets it.

I cried, and I laughed, and I don’t have the words to be able to say how grateful I am even for that small loosening of the tightness. For the small relief in the knowledge that says yes, this will come back. This can happen again. This feeling isn’t gone, and isn’t it wonderful?

And then I got hit in the chest with a bagful of emotions in return.

As you may know, I tend to be enthusiastic about encouraging people to write, and don’t tend to have much sympathy for excuses – in a nice way! I just don’t hold that you need to be good enough, or have An Idea, or be writing The Right Thing, or wait for whatever it is you’re hoping will make you write…I will always have sympathy for writer’s block, though, because just not having the words does suck (as I know!) But anyway, said friend had mentioned that they used to write, and now don’t, and they wanted to start again but…

Well, that got short shrift from me when they mentioned it a few months ago: short enough that I actually started a document, filled in the first line and sent it to them – and they wrote something! WIN! But what I hadn’t realised until they told me was that it wasn’t me gently prodding (ok, not-so-gently prodding) that made them write. It was me.

It was the fact that I’ve been through depression and anxiety and still live with both. It was everything I’ve done in the face of that. It was the published books and short stories and words and blog and ideas.

It was the lack of excuses that I give myself.

I have to remind myself, when I’m not doing well, that the fact I’m alive is a huge thing. The fact I’ve made it another day is everything. And anything I can do, when I’m feeling like a failure for not doing enough, is all I need to do. I hate the idea of being inspiration because I feel like a failure, and I hate someone not being able to see that I’m a mix of both. But I need to acknowledge that I have done more than I could have, and maybe more than I should have. I keep going, even if it’s one step at a time through fog. I do this. I can do this. I have done it. 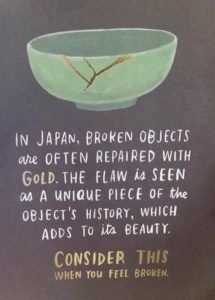 Having someone else tell me that, outside of my own head, took my breath away.

And – and – I’m writing! Despite being a sounding-board, it’s not going to be my story to write (we can have the argument about that later, Badger, because I know you’ve just grumbled at the screen) but I have images and scenery and snapshots, and I scribbled a short piece as soon as I woke up on Sunday morning to send over. I’m used to rpg writing and so the idea of pieces being used, changed, discarded; that’s not a problem for me. But being able to put the flashes of scene onto paper, being able to scribble down a conversation, being able to write a chunk of description – even if it never gets used, it’s wonderful. It’s there. It is coming back.

It’s another infill of gold; and it’s a breath, held for too long, suddenly let out.

The words are coming back.

One thought on “Tresha, Relief, and Writing”