I was lucky enough to get my grubby little hands on an advance copy of A.K. Larkwood’s The Unspoken Name, and if you like epic fantasy, kick-ass protagonists, strange worlds, amazing characters and a story that’s effortlessly readable, add this to your TBR and pre-order it, because it’s fabulous. No further spoilers than that!

(And I’m only slightly biased;  A.K. isn’t one of our authors! I’m not telling you what favours I had to promise to get an ARC, though… (hint: they possibly involved cake.)) 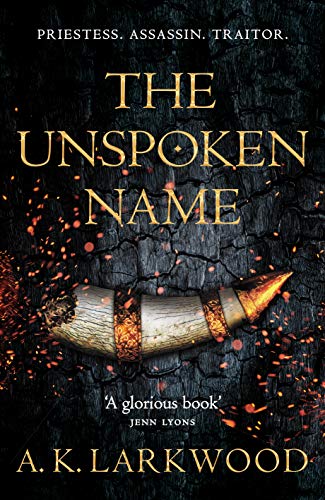 Does she owe her life to those planning her death . . .

Csorwe was raised by a death cult steeped in old magic. And on her fourteenth birthday, she’ll be sacrificed to their god. But as she waits for the end, she’s offered a chance to escape her fate. A sorcerer wants her as his assistant, sword-hand and assassin. As this involves her not dying that day, she accepts.

Csorwe spends years living on a knife-edge, helping her master hunt an artefact which could change many worlds. Then comes the day she’s been dreading. They encounter Csorwe’s old cult – seeking the same magical object – and Csorwe is forced to reckon with her past. She also meets Shuthmili, the war-mage who’ll change her future.

If she’s to survive, Csorwe must evade her enemies, claim the artefact and stop the death cult once and for all. As she plunges from one danger to the next, the hunt is on . . .

One thought on “To Add To Your TBR: The Unspoken Name”