Disclaimer: a personal post, not about writing or books! This is something that I’ve been mulling over for a year or so (or longer) now, and I felt like it’s a subject that maybe doesn’t get discussed as much as it could. So… post.

I always just accepted that having children was something I was going to do… because I didn’t have a reason to not do it. It was part of the accepted course – grow up, go to Uni, find a career, meet someone, get married and have a big wedding, get a house, have children. And I had no reason to deviate from that: it was’t that I necessarily wanted to do it all, but I didn’t have a desire to not do any of those things.

It wasn’t that I never had a choice, either. I’ve got wonderful role models for having children and for being child-free in my family: we’ve had divorces and remarriage and children and step-children and no children, and everyone has always been very accepting of every choice and path. (Also, thank fuck no one in my family has ever been the “so when are you having children?” type. I don’t respond well to that.)

But I never really thought about it. I never had a concrete reason to not go down down any of the expected paths, so it was just… what I’d be doing. It always felt like to not pick any of them, I needed a reason; and there’s plenty of good valid reasons out there, but I just didn’t have any of them. So… I was doing the things. I did Uni, I did “meet someone”, I did A Wedding (which, incidentally, I hated; it still ranks as the two most stressful days of my life) and I did Buy A House (with an additional side of DIY, which I love.)

And then having children didn’t work and my marriage failed, and I moved to Oxford, and I… actually started thinking.

And not having children became a real, heart-breaking, soul-healing CHOICE. 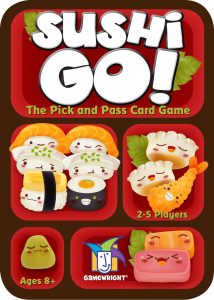 The idea that I could not have children hurts. I wanted them: it was frustrating and heart-breaking to get close and then not know what went wrong, to not know why my body won’t carry longer than 12 weeks. It’s been heart-breaking and lovely and sweet over the past few years, too, seeing friends have children: I get to cuddle a friend’s baby, play with a toddler, teach a five-year old Dumb Ways To Die, play Sushi Go with an eight-year old, pick stickers for a ten-year-old. I get to see what I’m missing out on. I get to see the life I could have had.

And I also get to see the downsides. I get to see the sleepless nights and tantrums about pigtails. I get to wonder what hauling a buggy and toddler back from town would be like when I’m already tired. I look at the school run chaos, the chatter and gossip, and feel grateful that I don’t have to be social. I get to see the stresses and the strains as well as the smiles.

And I think that had been the deciding factor. I have mental health problems, and by now it’s obvious to me that I always will. My depression is mild, but it is always lurking. Even my good weeks have the occasional bad day. My anxiety is always someplace around, too. I live with both and cope with both, but…

There’s also the wider world; it scares me a lot, both with the politics and the climate. Is it fair to add to an already-burdened system? Do I want my children to grow up to a world that seems quite so horrific? I am sincerely hoping that we can change it, but currently, it’s pretty bleak. And that adds another layer onto something that feels like a solid choice.

Do I want to bring a child into this situation? Would I be able to provide the best care and home that I’d want?

And I would. I could. If I had a child, now, then I’d provide the most loving and bestest home that I am able to. But if I don’t have to; if I have a choice – then the better choice, for both me and the child, is to not.

It hurts. But it’s a decision, and it’s one that everyone should be making – for themselves, and their own circumstances.