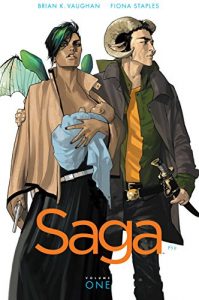 So I got my hands on Saga Volume 1 a little while back, during an ill-advised trip to Inky Fingers in Oxford (aka. I spent too much money and have been avoiding it since lest I spend more money) and I picked up several things that have been on my list for a while! Saga was one; the second was Lumberjanes, although I picked up Volume 2 on recommendation as apparently it can be read out of order. 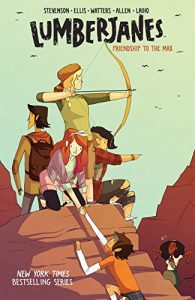 I’ve also been reading the new coloured Halo Jones, which is futuristic and female-centred and fab, and I’m working my way through the Anderson stories – I get to read Dreddverse novellas for work, so I think that counts as a win too!

In text-based series, I’ve been loving 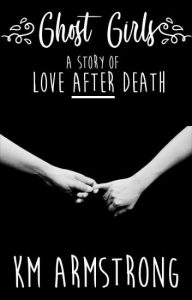 Ghost Girls on Wattpad – it’s by my friend Kat and I’ve read a version of the story previously (although I don’t think I read the ending…or if I did, I can’t remember what happened) and it’s just the most adorably sweet story.

In novels, besides the multiples at work that I’m reading, I’m just finishing Moonshine by Jasmine Gower and I have Jen William’s The Ninth Rain to read next, followed by Lucy Hounson’s Starborn…and then the rest of my TBR, of course. And people keep recommending books to me! *flails*

But hey, the problems of a bookworm life!