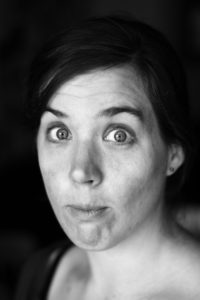 Why do I volunteer myself for this sort of stuff?!

(Answer: It seemed like a good idea at the time…)

I’m in London on the evening of the 16th January, up in Kentish Town, giving a talk to the Chalk Scribblers about…me.

I mean, on paper it sounds excellent. I’m an editor for an indie and a genre press, both with some nice awards under their belts; I’m a freelance formatter and a published fantasy writer; and I’ve bounced around the writing world enough to hopefully have some interesting insights about the whole thing – plus if Rachel is anything to go by, the group’s going to be super interesting and chatty, so that’s going to be great.

But it involves ME talking about ME and trying to make myself sound INTERESTING and ARGH.

(I did have one friend give me a funny look when he found out I was doing it. I had to assure him that I can actually speak pretty well in public, thankyouverymuch, even if I tend to be more reserved in private. Humph.)

So. Yeah. If you’re around, then maybe see if you can come along? (You need to sign up though.) *chews nails nervously* It’s gonna be fine. It’s gonna be really fun. I just need to stop being nervous now!

So for the first time in a while, I deliberately made myself write last night.

I wasn’t sure what to pick – I looked through a couple of short stories, and eventually settled on the new No Man’s Land story that I was pondering while in Bologna. It’s got a rough layout and so I could write a scene of it, rather than having to try to pick up a story thread that I’d gotten to the end of and then hadn’t managed to get any further with even when I did have the ideas.

I also – reluctantly, in the hopes that it would bring the world back – fired up Moog, who provided my writing music when I wrote the original No Man’s Land. It…sort of worked? It was painful, but it did help.

And….I was writing! Luk is causing havoc, as is Elise, and there’s a cat and a toddler and a faerie and there’s going to be so much chaos. I wrote 2346 words in the end, plus did a bunch of planning and got one thing that’s going to come into the ending nicely (ps. the ending is amazing. By which I mean someone’s going to scream at me. It’s great.)

So yay for a (temporary? longer-term?) end to writer’s block!

I was just at FantasyCon 2015 in Nottingham from the 23-25th October. A whole team of Grimbold Books came up; we had a table in the Dealer’s room, a couple of authors were on panels, and we planned to have a lot of fun! I hadn’t volunteered for anything – as the submissions closed before BristolCon happened I was going to see how I did with the panel there before I volunteered for anything else! – so I was just a spectator this time.

The review: overall, I enjoyed the Con. It was a small one, 500 people, and the hotel never felt full; there were enough spaces and things going on that everyone fitted nicely. It also meant people were recognisable when you bumped into them for the third time! The food situation was awful, the hotel staff were lacklustre but the Con staff (Redcloaks) were amazing, the panels were interesting, there were a nice haul of books around and I talked to lots of interesting people! I think I would have to have a reason to return – be that friends are coming, it’s got some interesting GoHs, I have a specific book reason. But I’m not sure that it’s one I would routinely make sure I attended.

So, having said that – if you want the in-depth version, please read more!

END_OF_DOCUMENT_TOKEN_TO_BE_REPLACED

BristolCon is a small writer’s convention in Bristol (as the name suggests) that I’ve been meaning to go to for a few years. And this year, I finally got to go! BristolCon was my first official convention, although I’ve read and hear enough about them to know the basics. I knew quite a few people who were going to be there (some personally, some by Twitter, some by reputation) and so it wasn’t entirely scary.

So! On Saturday morning, we left far too early from Swindon. I had the sword-fighting, storm-chasing legend that is Adrian Faulkner, Nick Hembery (otherwise known as the excellent proofreader and editor from Red Pen For Hire) and the ever-enthusiastic Ollie in my car, so the drive down was fairly chatty (and accompanied by the new Muse album!) Thanks to Siri we ended up in the wrong hotel car-park, but it got us five minutes of fresh air so I think that was a bonus. I helped set up the Grimbold stall and squeaked over Logan in a Dangermouse outfit (SO CUTE) before diving off for a much-needed coffee and catch-up with Sophie E Tallis and Katie Alford. I slid into “Crossing the genre borders” just before the opening and spent the next two hours in the same room! The panel was interesting, and then Adrian did his first reading from Black As Night, which I have heard a lot about and now am even more enthusiastic to read. I then sat through “Libraries – past, present and future” with lots of Opinions and Thoughts and Grumbles and I’m really glad I wasn’t on the panel as I definitely would have had a lot to say! It was really interesting to hear what the panellists thought, and I’m going to have to do a post at some point on it… [Edit; Sawyl has livejournaled the panel]

I stayed for Ellen Croshain‘s reading from Cruelty (which I have reviewed and loved) and then headed off to cover the Grimbold stall for a while. The lovely @Vicorva joined me to discuss which books she wanted to read (answer: all of them) so I got to recommend The Reluctant Prophet and Songs of Seraphina, and then we got kicked off the table by Steven J Guscott and Logan, who both needed naps, supervised by Sammy…

I had a lovely wander around the art room and a talk to Claire Hutt about scarves, artwork and Hackspace (although that was mostly Jon talking about the new laser printer) and then through the dealer’s room to chat to Alex Davis at Boo Books Publishing and try to stop Will MacMillan Jones from corrupting more people.

Then it was Jo’s book launch! I was lucky enough to get a pre-launch copy of Spark and Carousel, so the launch was particularly exciting as other people get to read the awesomness too. It was great fun with lights and cake, and then Jo had a queue…she’d pretty much sold out of stock by 3pm! We were also raffling Evelinn Enoksen‘s original artwork for Spark & Carousel, which was beautiful. Unfortunately I’m not sure who won it in the end. (Edit: Jo’s got it! Richard Bendall won it and then gave it to her. Isn’t that the sweetest?)

After that drama, I headed off to “How Green Is Your Future?” The panel was brilliant thanks to the efforts of three of the panellists, who bantered back and forth with some very lively and entertaining conversation – and if you ever see a fire-breathing newt, it’s all Ollie’s fault…

And then it was my turn. ARGH. I admit I was wondering why on earth I’d agreed to be on a panel, but it was actually brilliant! I was with Paul Cornell, Emma Newman and Lor Graham to talk about “Fantastic Felonies and Criminal Crossovers”, with Adrian MD’ing. The room was absolutely packed, and we did lose Paul to start with (so, whodunnit? Universal consensus was Adrian). But once he turned up, we covered why supernatural crime is popular, if procedural policing is harder to write, the influence of magic on solving crimes…I forget most of it but it was brilliant and very easy going. Adrian was excellent at keeping the conversation flowing (it was his first time MD’ing) and I might even sign up for a panel next year! I’m glad I was on something that I had a grounding in, though; I didn’t stutter, go read or tail off – but that’s mostly because I was confident in my subject area. I need to remember that before I get too cocky at what I’m volunteering for! [Edit: the wonderful Sawyl has livejournalled this panel too!]

After that, Paul did a reading from Witches of Lychford (which sounds excellent and is on my TBR list), and then I stayed put for “Radically Alternate History”. I admit I didn’t find this as interesting as some of the other panels; it wasn’t as history-focused as I had expected, and I didn’t have the background in reading alternate history to know a lot of the authors or scenarios that were being talked about. I think I was also starting to flag; we dived off to Tesco to find food after that! A sandwich later and I was feeling better, and sat with the Swindon posse in the break-out room for a while. I now wish I’d gone to “Here Be Dragons” as apparently that was excellent, but oh well!

We had wanted to stay for the evening, but everyone admitted to tiredness as we hit 8pm and so we headed back. I did grab Jo as we left to get a signed copy of Spark and Carousel, but I didn’t have much time for book-buying – my haul mostly consists of the free books from the goodie bags and a lot of recommendations! But hey, I think not adding to my TBR pile is a good thing right now.

So, overall? Brilliant. A small, friendly convention where there’s always something interesting happening, someone to talk to or space to escape. The hotel staff were wonderful (free tea and coffee was much appreciated!) and the BristolCon organisers deserve much kudos for the smooth running of the day. It was great fun, and I am definitely going to sign up for next year – memberships are already open!

And, in true Con fashion, I have a cold (with the fun addition of tiredness, sickness and shivers). I’m blaming Emma Newman for it!

Ps. The photos are all Sophie E Tallis, who was one of the few people clued-in enough to remember to take some!

Every week, Swindon FreeWriters has a Wednesday Writing prompt. It can be a phrase or an image, but the idea is to get you writing…anything! It can be a 100-word story; it can be a poem; it can be the trigger for the next section in your stalled novel; it can be for the plot of your next work. Sit down and write whatever comes out of your head!

It’s mostly me who does them, and the images are ones I’ve found over the years (all credited, thankyouverymuch – I appreciate content creators as much as the next writer!). I usually make up the phrases based on things I’ve read, seen, am thinking about…

It’s quite fun and is a little creative exercise for me at the beginning of each month. I want to do something with the prompts and FreeWriters – I keep meaning to start a forum post for them and also join in myself with writing, but Wednesday always seems to pass without me actually writing anything… *sigh*

But the inspiration’s up there for anyone to use, at least! Go and check the series out and see what you can find to inspire you!