*insert excited squeaking here* (Nb. It will be lighter, she’s just putting the textures on now.)

From the always-amazing Lanven Art. 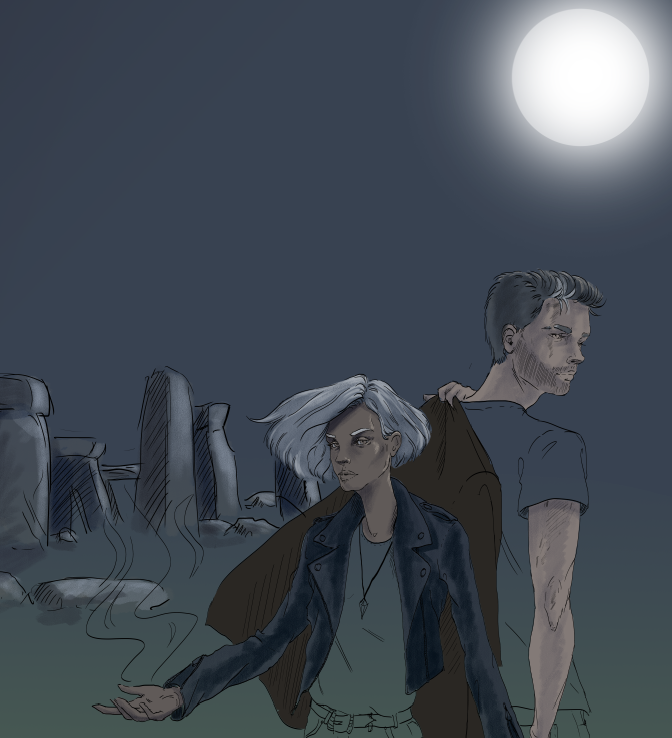 A random snippet from the new No Man’s series story…

“I am the Emissary of the Elven Kingdom of the Golden Sycamore.” The sylph turns her head back to Luk. “We wish you to deny Stromberg the lives. When previously informed of this situation, the Merlin was accepting of the urgency and problematic nature of this.”

“Which Merlin was this?” Elise asks, in her sweetest and most confused elderly-lady manner.

The sylph shrugs. “Human names are not memorable to me.”

“Nevertheless,” Luk puts in. “Stromberg is going to, at some uncertain point in the future, try to…what? Kill a bunch of humans? And that somehow powers their Castle?”

“Steal,” the sylph corrects. “We do not know what they do with them, only that they are taken into the Castle and Stromberg’s power is renewed. We do not want this to happen.”

“Yes, I got that. So, the million-dollar question: why should I care?”

Rachel’s sigh is strong enough to blow biscuit crumbs off the plate. Elise reaches out and carefully brushes them up, before standing to deposit them in the sink.

“The previous Merlin considered this-”

“Yes, I’m sure,” Luk says. “But I don’t care. Stromberg can’t have been kidnapping ridiculous numbers of humans, otherwise the rest of Faerie and most of the human world would have taken steps, so I don’t see why you’re trying to get me involved in something that’s obviously a power play between two Courts.”

“People die every day. The Fae kidnapping humans is nothing new. I’ve got enough to do without getting my ass put on the line by a power that’s perfectly able to deal with it themselves if they wanted to.”

“Do young humans going missing not bother you?”

Luk rolls his eyes. “Go join a charity commission if you’re going to be that much of a preacher! If they’re still powerful it’s obviously not the first time they’ve done it, so there’s still no reason why I should care.”

“If you do this,” the sylph says, “then the Elven Kingdom will consider one of your debts to us paid.”

“Fickin bullcks?” a small toddler’s voice says from the doorway.

So for the first time in a while, I deliberately made myself write last night.

I wasn’t sure what to pick – I looked through a couple of short stories, and eventually settled on the new No Man’s Land story that I was pondering while in Bologna. It’s got a rough layout and so I could write a scene of it, rather than having to try to pick up a story thread that I’d gotten to the end of and then hadn’t managed to get any further with even when I did have the ideas.

I also – reluctantly, in the hopes that it would bring the world back – fired up Moog, who provided my writing music when I wrote the original No Man’s Land. It…sort of worked? It was painful, but it did help.

And….I was writing! Luk is causing havoc, as is Elise, and there’s a cat and a toddler and a faerie and there’s going to be so much chaos. I wrote 2346 words in the end, plus did a bunch of planning and got one thing that’s going to come into the ending nicely (ps. the ending is amazing. By which I mean someone’s going to scream at me. It’s great.)

So yay for a (temporary? longer-term?) end to writer’s block!

I may be bouncing up and down slightly, and grinning like a daft thing. The absolutely amazing and ridiculously talented Karin Lanven has been coming up with concept sketches for the cover of No Man’s Land, and…. 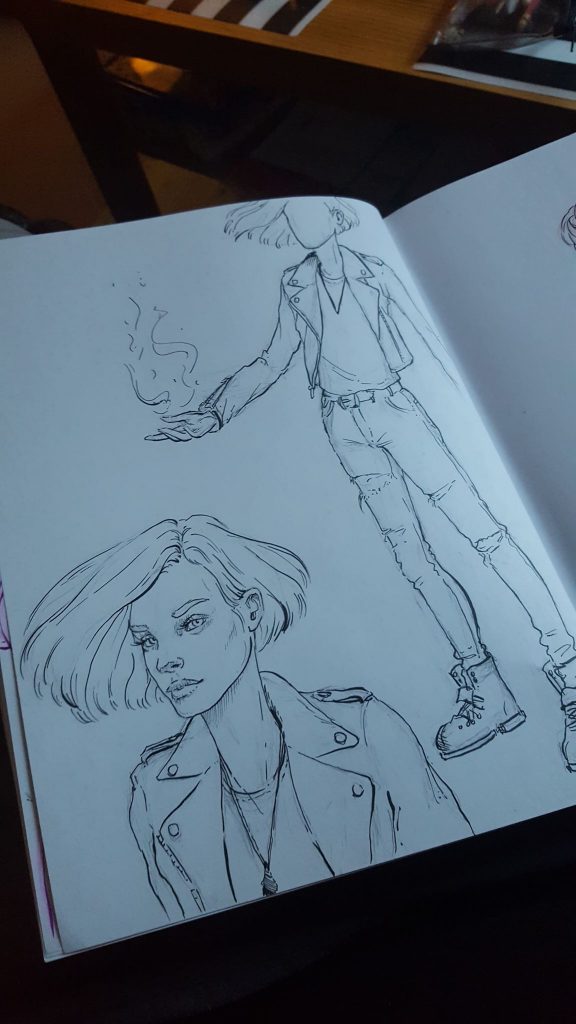 The above is some concept sketches for Ghost – I’m thinking that Karin’s style for this reminds me of Chris Riddell, and I love it! And below, she’s also been doing some roughs for cover layouts… 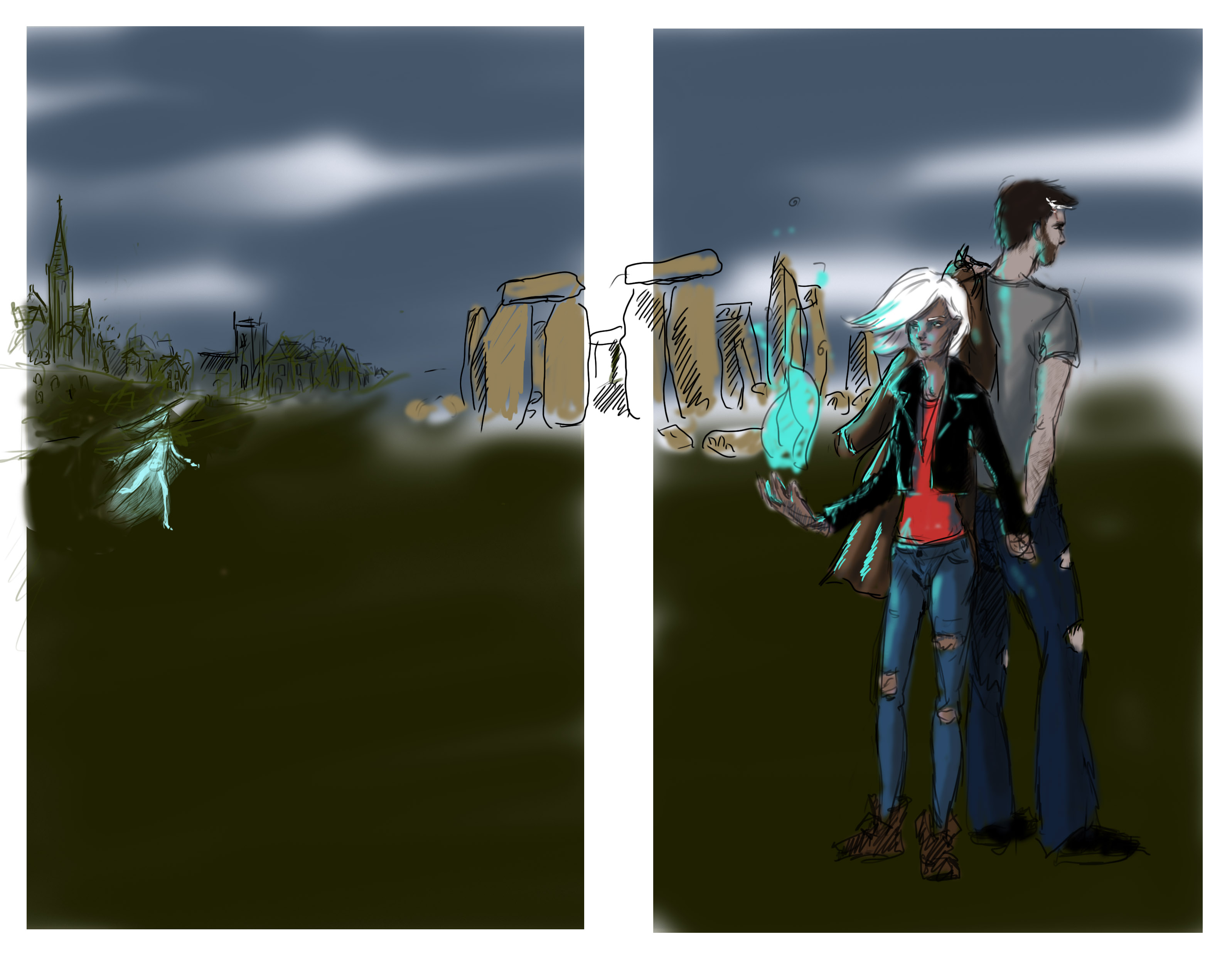 It’s all a work in progress, but I am ridiculously excited!

Some beautiful landscapes from MJ Forster – I picked these when I was looking for inspiration for No Man’s Land and its accompanying scenery of moors/stone circles/rolling hillsides, but he also does abstracts and studies.

Check out his Twitter as well, he often does auctions of odd pieces! 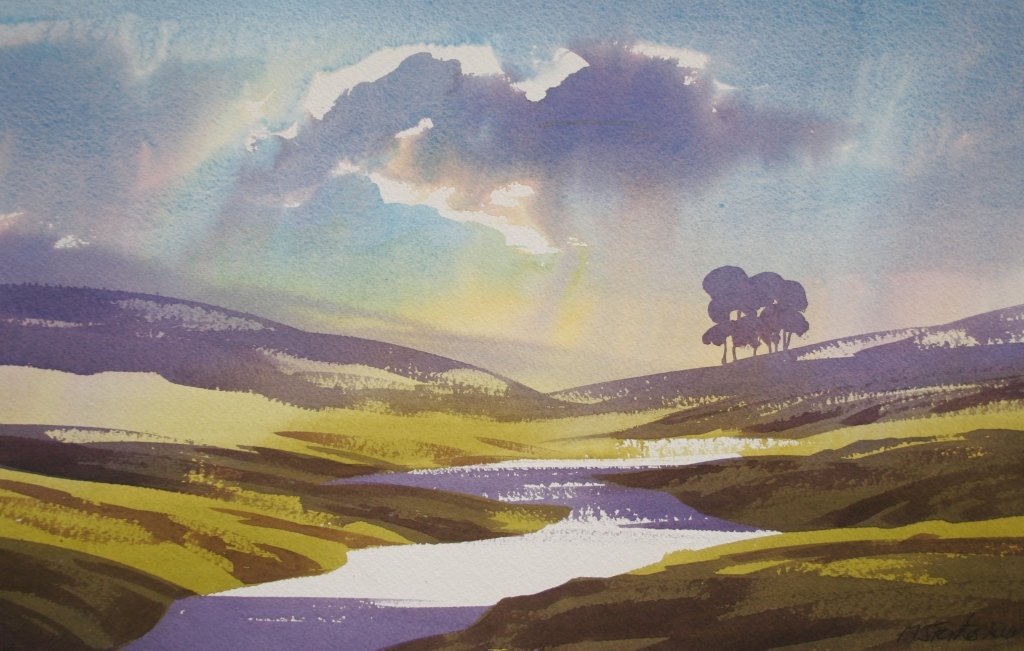 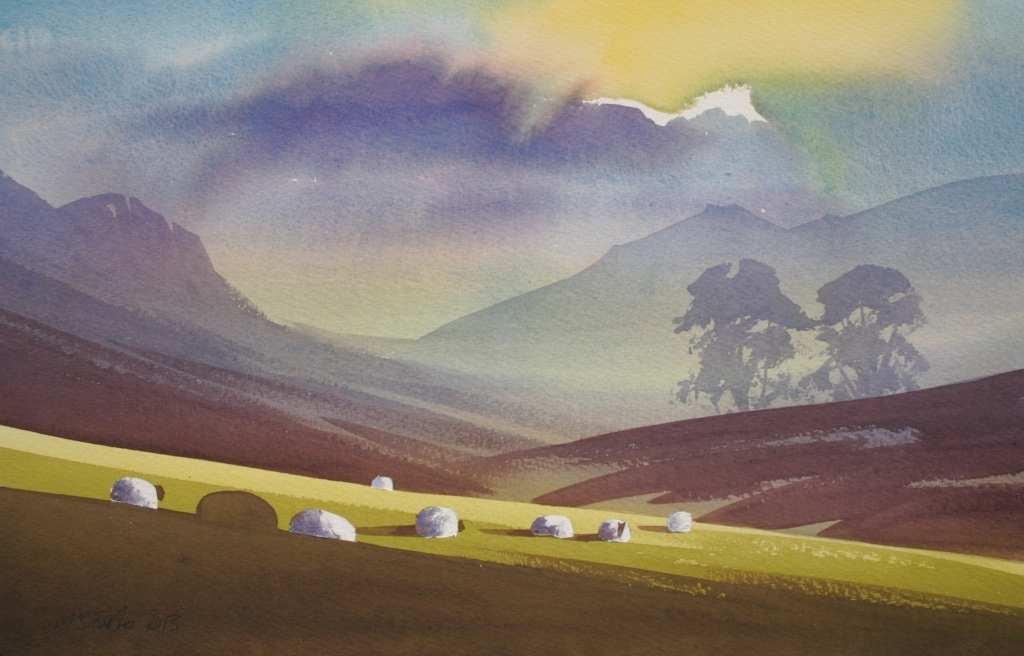