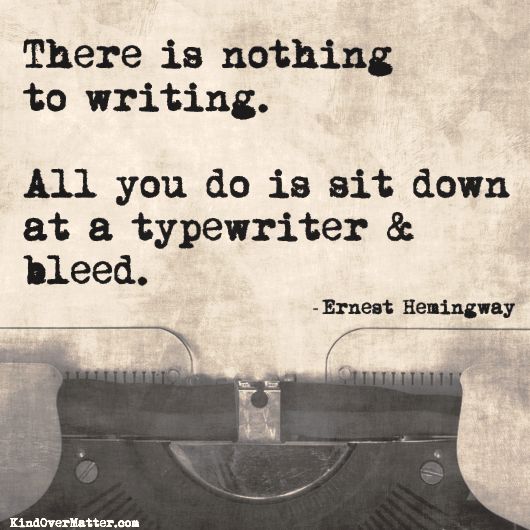 Having done my “thoughts about pitches” a few weeks ago, I came across a template from the fantastic Gareth L Powell on “how to write a novel pitch or blurb”:

I know those of you on Twitter will have seen it already, but it’s worth saving! And if the tweet isn’t showing up above, here’s the image, and you can find the original tweet here. 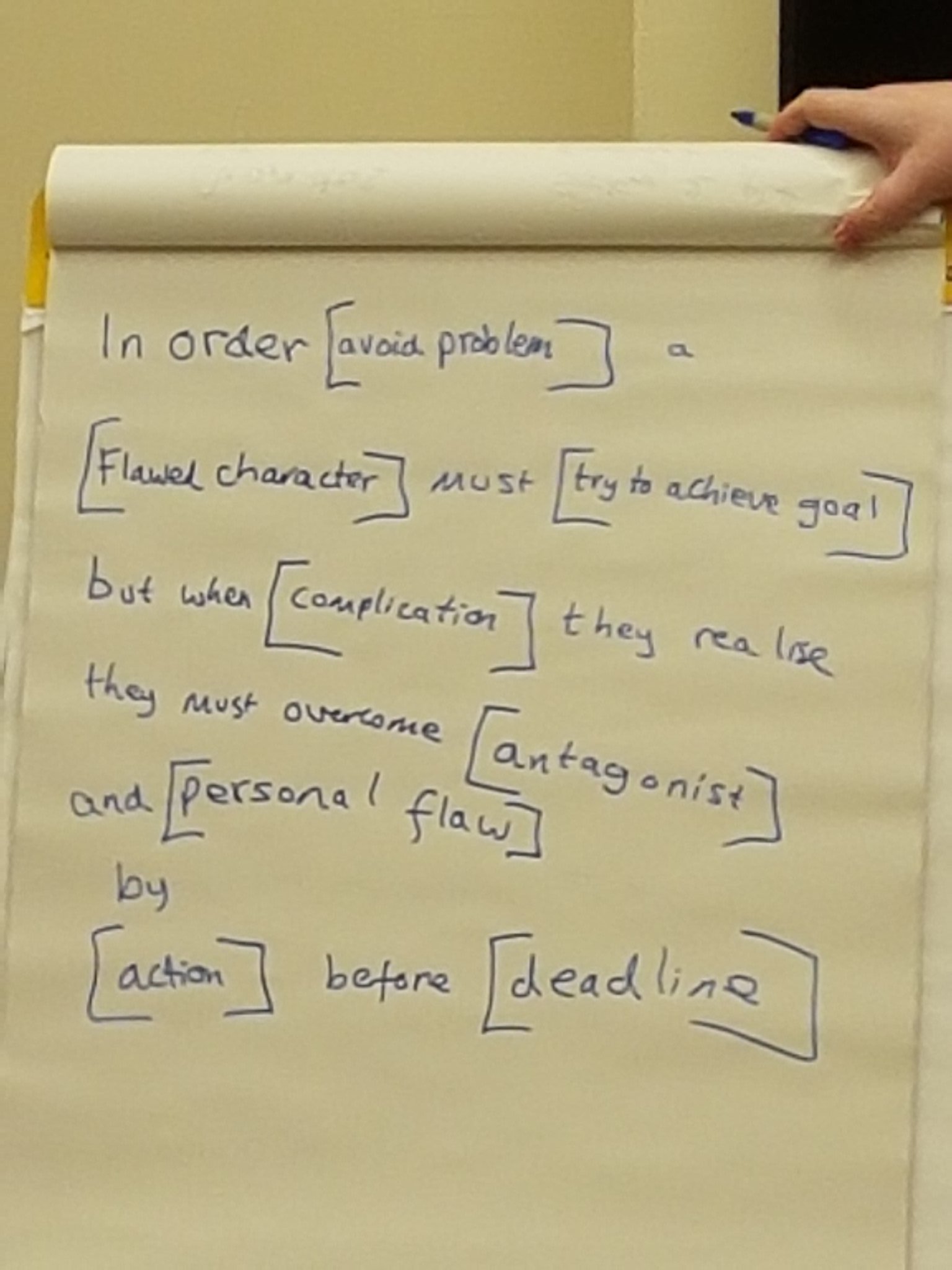 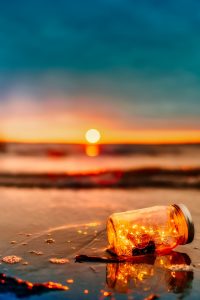 Have you heard the thing about writing a first draft; it’s like piling sand into the bucket, and the second draft is then building the castle?

My writer’s block at the moment feels like the sand is that really hot, dry sand you get sometimes at the beach; the sand that slips and slides and just falls through your fingers when you pick it up.

So I can grasp a handful, but it just trickles through my fingers: and even if I did manage to get it into the bucket, I’d tip it out into my castle and it would just melt away again.

I’ve got the ideas; but I can’t put them together into anything. I can’t flesh out the bones: every word is a grain of sand picked up and put in the bucket, and then taken out again.

Here’s hoping the tide comes in, and then there’s some damp sand again!

I accidentally joined in on the whole “Let’s Open The Gates To Hell” thing last week (for those not in the UK…politics broke, the weather broke, and we had a huge storm. Most of us are just assuming the devils are here to stay, and moaning about the heat.) When Ryan Estrada suggested over on Twitter that what the hell, everyone just go for your dream, ask for what you want, shoot your shot…

Want your shot in publishing?

For the next week, reply to this with a one-tweet pitch, and if it piques our editors’ interest, they’ll be in touch! #shootyourshot pic.twitter.com/U8UqOvoOIR

We had 1k replies within the first 24 hours, and I both regretted every life decision that had led me to that point, and laughed so hard at how enthusiastic, wonderful and simply bonkers the world of writers can be.

I’ve already DM’d a bunch of people, we’ve had some fab submissions in, and it’s open for another week so if you haven’t yet pitched then I’m still looking at them!

But the sheer amount of pitches got me thinking. What makes a good one? How can you catch my attention? What do I need to know?

Some people have been resorting to gimmicks; telling me that I’ve already decided to publish your story is a cute idea but doesn’t actually tell me what your story is, and frankly it creeped me out enough to not want to ask. Same with the people bouncing up and down in my mentions with cute little comments: it doesn’t help. Plus, I’m an introvert. I don’t like it when people wave frantically at me – it means I might have to talk to them!

The ones that have been attracting my attention are the ones that tell me some or all of the following;

And the major two things:

THOSE are what I want to know. What’s the thing that is going to make me go “oh, ok! I haven’t seen that / I want to know more / what happens next?” 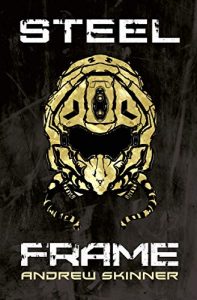 I’m going to pick someone I know (@AndrewSkinner, because he’s got an amazing book out with Solaris shortly and it’s about giant robots beating the snot out of each other; IT MADE ME CRY and I haven’t quite forgiven him for that) as a first example:

THE BARREN GATE SOCIETY – Val is militia, keeper of order in Rimir, the city with a second skin. By law, militia can’t cloud their eyes, can’t see or feel the all-sense projection that clothes Rimir’s rot in luxury. That is, until Val witnesses a murder. With no killer in sight.

So…I know the protagonist’s status (militia), the setting’s interesting and different (a city with a second skin? How does that work?), he’s set up the  individual conflict (can’t cloud their eyes) plus told me something about the wider world conflicts (rot and luxury)  – and then tells me the central hook.

And I’m sold. Yes, I’ve asked for a manuscript.

How about an example from someone I don’t know?

“lesbian AI space pirates”: What do you do when your ship has been blown to pieces by rebels, and you’re floating in the middle of deep space with no hope of rescue and only the shipboard AI for company? “Find love” was not exactly on Pepper’s to do list, nor “piracy”, and yet…

And I was sold by the “AI” part. Lesbian space pirates? Cool, that puts a few ticks on my personal list (which, obviously, is what I’m looking for – obviously all the editors are going to be looking for different things) – but the AI is the different bit. And that’s the point I went “oh, ok! That’s a story I don’t think I’ve read!”

The longer pitch then tells me about the wider world (space, rebels, they’re blowing up ships), the conflict (rebels!) and the problems (love and piracy)… none of which put me off!

I will note, though, that you can write a story I’ve read before – but tell me what’s different. If there isn’t anything, then maybe you need to have a think about what could be – and that doesn’t necessarily have to be anything huge, but what makes you stand out from the other books already published? What’s your personal hook? Your personal signature? Why should I read (or publish, in my case) this book when there’s already X stories of this type out there?

I mean, even the author who told us that he’d rewritten J.R.R. Tolkien because he felt Tolkien didn’t put enough description in had a good hook, even if it was one I personally disagreed with. (That wasn’t in this pitch storm, thankfully.)

There’s so many ways of doing pitches, and also multiple ways that you could do one for your own book – I mean, our blurbs often go through two or three iterations as we focus on different parts of the story, conflict and characters. So it’s worth trying variations!

And it’s also worth remembering that editors are looking for things they like. A pitch might be very good but just not something I’m looking for; that’s the nature of pitching and publishing, unfortunately – we’re trying to pick out things we’ll be passionate about in the hope that other people will too, but it also means we can’t choose everything. It’s been really nice seeing the other comments on Twitter, and seeing people join in with the conversations – there’s a whole world of readers out there!

So – if you do want to pitch us, throw your Tweet into the ring – I’m having a lot of fun reading them all!