Ohmygoodness my partner got me Journey on PS4 for my birthday!! I am ridiculously excited. It’s a game I actually picked up some of the concept art for back in 2016 (if not earlier – my computer isn’t too specific on dates for images) and every time I’ve seen it, it’s looked so beautiful. There were some gorgeous screenshots at the computer games exhibition in the V&A earlier in the year too, and the soundtrack is beautiful.

I haven’t played it yet, but I’m definitely looking forward to it! 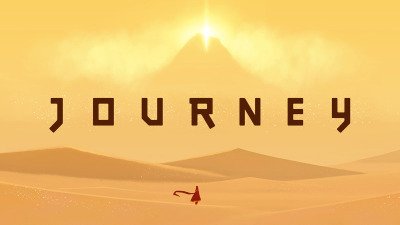 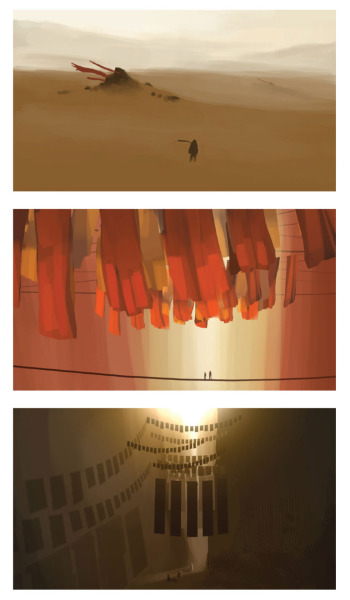 My housemate and I finally had a go at Apotheca, which is a game I backed in a Kickstarter earlier this year. We had one session of three games, and found it slightly unsatisfying; the games were very short!

For a basic review of the game; you have to match combinations of potions by moving them around the board, and then you place those combinations on an Apothecary. The first one to three satisfied Apothecaries wins. You also get gems from turning over potions, and can use those gems to buy more Apothecaries. The Apothecaries also have their own movement combinations, which are all individual. This is a game for 2-4 players as well, and 2 seems to be the ideal.

The major problem we found was that combinations came up too fast for us to a) collect enough gems to buy more Apothecaries, and b) use the Apothecaries that we already had. Essentially, we could get matches just by turning over and moving cards one or two spaces, and then we’d matched it so we lost the card – all three games were over in about 15 minutes each! The speed of the matches meant that we didn’t get to use the Apothecary’s special moves, and it’s a shame; we both felt that there could be some really good sneaky attacks, thwarting your opponent, trying to get cards into the right place…and because of the speed, there’s just no point.

So! We’ve instituted some house rules. The first is the number of potions on the board. The rules state that you can only add potions from the marketplace (ie. add new potions to the board) if there are less than three unseen potions. As you can only turn over one potion per turn, this usually means that each player can only add one to the board, and potions get taken more quickly than they restock.

We’ve changed that to “each player may restock up to three potions on their turn” – so now, it doesn’t matter how many potions are unturned on the board, and you just keep going until the board’s full. This means that there’s more selection to turn over, more possibilities for thwarting or changing or moving, and more options for swapping.

The second house rule is to do with making combinations. In the rules, once you make a combination, you have to use it for your Apothecary – which removes your Apothecary from the game. As we felt we were lacking gems (you only get one per turn) the Apothecary is usually satisfied before you can buy another, meaning you’ve just lost the movement power! We’ve played one game without house rules to check what we thought, and then another two with these additions, and it definitely helped. We got more gems so were able to pick and choose our Apothecaries – so if we wanted a certain movement, or didn’t want one, we could be more selective. The increase of cards on the board also meant more opportunities for thwarting and shifting, and meant more possibilities for combinations.

We’ve also got two further house rules that we’re debating. The first is having more players – the rules change if you have three or four players, but we’re debating trying the two-player rules with up to four players just to see what happens! And the second is the colour combinations. At the moment, any colour combo satisfies any Apothecary…but we might add specifics to the cards, so that you have to get one particular combination! That would definitely add some length and complexity to the game, which would be nice.

We’re going to try playing with some friends now that the housemate & I have a grasp on the rules, and see how it goes!

As a crafty aside, I want to find or make some pots for the gems. I found it a real shame that the box comes with an insert that’s simply a square and plastic bags for the items; I want some small pots to separate the gems into that can then be used in the game (as otherwise they go everywhere!) and ideally some small boxes to keep the potions cards restrained when travelling. It’s on my to-do list, anyway!

I’ve gotten into board games over the past two years, so for something random today, here’s my opinion on a selection! Forbidden Desert is a co-operative board game. There are multiple ways to die and not many ways to win; you can get swamped by sand, die of thirst, get lost in a desert, get buried in a tunnel, die when the storm reaches its height… seriously, it’s great fun! Part of the charm for me is the gorgeous design; the concept artwork has inspired several of my stories and getting to play with the beautiful tiles is an additional pleasure. It almost makes the dying worthwhile…

The game mechanic is fairly simple; it takes a game to get the hang of it, and then you can start playing strategy! Do you stay in a tunnel to be safe from the sun, or make a run across the shifting sand to get the one piece of the engine you need to get out of the desert? Can you all get to that well, and will it be the mirage or are you saved for a few more turns? It’s one of my housemate’s go-to games, and it’s not unusual for one of us to say “So, want to die in a desert?” to the other! I’d highly recommend the game if you’re looking to buy something new – it’s definitely a favourite. (Ps. Waterstones usually sell it!) Forbidden Island is made by the same people as Forbidden Desert, but in the expert opinion of someone who has played both repeatedly, it’s slightly less fun. The game mechanic is fairly similar, but there’s less peril overall (seriously, it’s one of the fun things about Forbidden Desert!) and the game becomes more about “leave yourself a path and try to stop everything sinking” than any major strategic decisions. However, it’s got the same beautiful artwork and is still a very entertaining game.

Another card game I’ve recently been introduced to Saboteur, which I need to get hold of! Unfortunately for our first game we ended up with two saboteurs and two dwarves, who promptly lost when every single ******* tunnel kept getting blown up…it’s a misdirection and outright lying game in the theme of Avalon and Coup if you’ve played either of those. It’s also quite a lot of fun!

One of my personal favourite games is Cards Against Humanity; I’m aware that a lot of people have problems with it and I can understand that, but I personally love the juxtaposition of the mundane with the absurd, and the chance to let my incredibly sarky and dark humour out of its box. I do find with CAH that it varies by players; the answers will always be different depending on the humour of the people you’re playing with! I think my favourite answer of all time has to be “Nobody expects the Spanish Inquisition…our chief weapons are fear, surprise, and [POWERFUL THIGHS]” which is just complete WIN! Another group game is Werewolf, which is a variation on the Mafia and Fox/Goose games. Someone, or several someones, are werewolves, killing people in the night…and it’s up to everyone to work out who they are before they kill all the innocent villagers! It can be adapted nicely to a wonderful variety of situations (Murder Town, Star Trek, horror movies, specific insults geared towards whichever friends you happen to have there…) and you can either play with the standard werewolf/villager combo, or add in special abilities. It does require a bit of drama on the part of the narrator, and I was really nervous the first few times I played – but it’s an absolutely brilliant way to break the ice, and I really enjoy playing now.

Exploding Kittens. We opted out of introducing this to my cousins ( we didn’t think “NOPE sandwich with NOPE ketchup” would go down too well with my aunt) but various friends have picked it up, and I’ve thoroughly enjoyed playing! It’s very silly, fairly strategic, and generally based half on luck and half on screwing other people over with very cute cats. Lots of fun! And finally, one I’m looking forward to. I backed a Kickstarter for Apotheca last year; the artwork looks beautiful and the game looks like a lot of fun! It seems to be reaching a conclusion so I’m hoping I get to play soon.