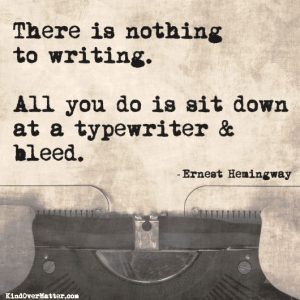 I had some really good feedback recently for No Man’s Land that basically boiled down to, “love the characters and the setting, but the action starts too late. Integrate the two plotlines better.”

Thirty seconds of internal wailing later because my book is perfect and they just don’t get iiiiiit and you know, ok. They’re right.

And when I started thinking about it, ideas started bubbling. Start with Ghost and Nat. Start with them fighting something. Bring the vampires in. Keep the outline of the story, but integrate more. It would be a full rewrite but would leave the core of the story intact, I’d be able to re-use most of what I currently have, and I could do it for NaNoWriMo!

And then reality sunk in.

No Man’s Land isn’t an easy story to carry. It came out of Dresden, and carries a large piece of my heart anyway; the characters came from somewhere tangled, and seem to have so much woven into them that it’s going to be hard (and emotional) to pick them up again. In terms of actually writing, I’m kind of screwed as well: my original circle of support for the book got trashed as one of my beta readers isn’t particularly in favour of me, the second is dead, and the third’s about to have a baby. The person I wrote a lot of the stories for isn’t here; I shelved Ghost and No Man’s for a year because I couldn’t face the world without Ryan to read them, and even now I’m feeling pretty shaky about diving head-first back into it all. It’s not an ideal situation for ripping something to pieces and putting it back together, and on top of that, re-writing a 70k novel that’s already fairly decent and needs to be made better isn’t exactly a piece of cake.

And this is the point when I either shelve it permanently, or I fight back.

(And with any luck, that’s going to feed into Ghost. If anyone needs to be spiky and sarcastic, it’s my beloved spirit-talker; and I’m going to put every bit of fight into her.)

Ps. In-progress 4am messy scribbles for the new start! 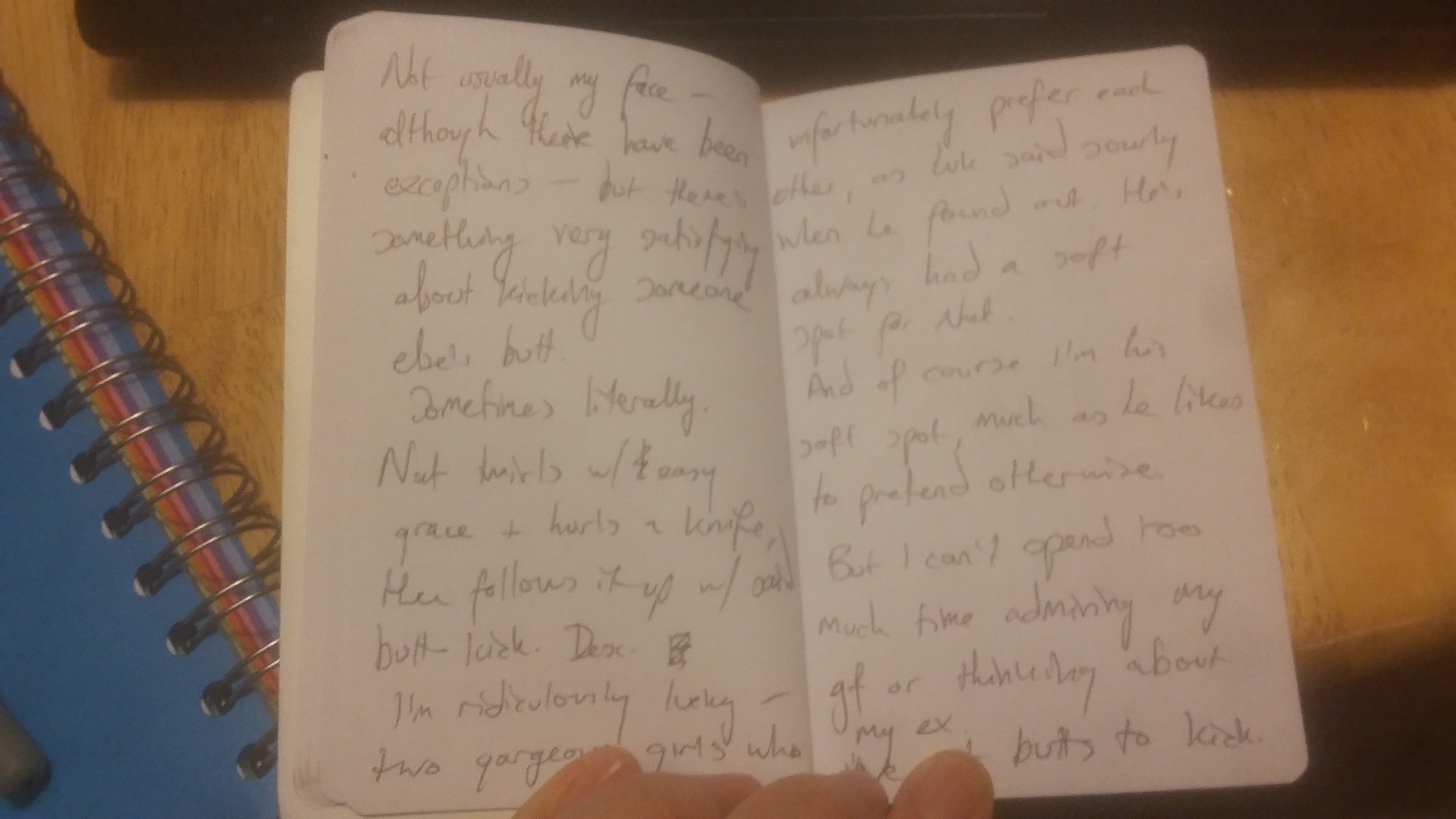