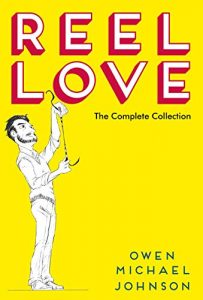 In a quiet corner of England, a young boy visits the cinema for the first time. Overwhelmed by the experience, he returns to see a movie which will ignite his imagination, fill his head with fantasy and change the course of his life. That enthusiasm carries him though to his adolescence, when he gets a part-time job as an usher at his local cinema. Falling in with the motley crew of cinephile staff, he falls in love, finds his tribe, and fantasises about his film-filled future.  The final act sees that same boy as a grown man, back in his hometown after life panned out in a slightly unexpected way. When an opportunity to break into the film world presents itself, he finds that his life has come full circle as he sets out again to make his magnum opus…

It’s a bit of an unusual read for me; film and memoir aren’t usually my genre, but I bought this (hard copy! Signed!) on the recommendation of a colleague – and it’s definitely worth it.

This is a sweet, poignant and drama-filled story about cinema; about growing up, discovering love and life and passion; about having dreams broken and then finding them; and about how to rediscover something that you weren’t sure if you’d broken forever, or just needed to see under the layers of influence and memory.

The artwork is lovely; Johnson’s got a dramatic style and an eye for visuals that really works with the subject matter, and takes a lot of influence from a wide variety of film. There are multiple references to the genre – both from the visuals, the plots, and the directing side – but it’s also a sweet and simple story about love, and family, hometowns, moving away and coming back, teaching, memory and learning.

There’s a lot of love and passion that comes through in the story; it’s a tribute both to growing up, to memory and influence, and to the films that shape the protagonist, and a beautifully drawn series. If you’re into film or memoir, it’s worth a read.