I’ve been retreating into the world of comfort reads recently, and it’s been classic crime season! Most of these are ones I’ve read and re-read, but it’s always fun to find a few new things.

First up is Sexton Blake – a cross between James Bond and Sherlock Holmes – that was new to me! There’s over 4 million words and thousands of stories dating from the 1890’s to the 1970’s. Rebellion have done five collections (disclaimer, I got to read them first!) and while some are definitely Of Their Time, they’re a really good a mix of action, heroics, detective and mystery. The first is Sexton Blake & The Great War, but I think my favourite story is in Sexton Blake’s New Order – I can’t remember what it’s called (typical me) but it’s a wonderful heist that gets double- and triple- crossed! 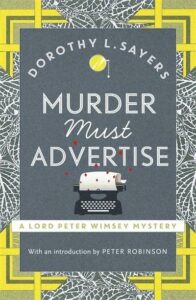 I’ve also gone back to Dorothy L. Sayers’ Lord Peter Wimsey mysteries. I read quite a few growing up, but I’d forgotten which – so I’ve had to read them again! They are very 1920’s in flavour (although without being too racist! I was impressed) but Wimsey is intelligent, amusing and the mysteries are all brilliantly constructed – I admit that I really enjoy the style of these, so they are nice reads. If you like Miss Marple or Tuppence, or Poirot without the arrogance, you’ll probably get on well with Wimsey. The Nine Tailors was the first one I picked up in this batch, as I remembered it vaguely; it’s a murder mystery with some really interesting characters (and a lot of bell-ringing), and even though I had read it before, I didn’t remember the end, so that made for a good read. Wimsey & his manservant, Bunter, are star of that one, and also of Strong Poison, which is the first novel to introduce Harriet Vane, Wimsey’s will-they-won’t-they romance partner. Gaudy Night focuses on Harriet, with a mystery set in the Oxford colleges, and Busman’s Honeymoon features Wimsey & Harriet trying to solve the mystery of the seemingly unexpected death of a very disliked man… and I think my favourite so far, Murder Must Advertise, is Wimsey going undercover in an advertising agency – it’s full of ridiculously wonderful characters! (I think it was Sayers’ favourite too, as she worked in an advertising agency – and the sheer joy of getting to gently rib everything about it comes through in spades.) There are 15 in the series, I think (at some point it was taken over by Jill Patterson Walsh), and the latest one I’ve picked up is Whose Body? – which is actually the first in the series, but there you go. 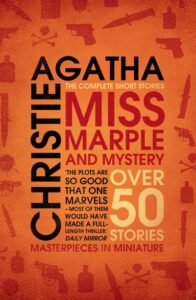 Speaking of Miss Marple, I was unexpectedly reminded of her short story Sanctuary, and picked up the collection Miss Marple & Mystery, which is (I think all?) her short stories. Sanctuary is one of them, and as good as I remembered – but it’s a lot of fun to read the little snippets of mystery, and a good book to dip in & out of.

Heading more into modern stories, but still with the classic crime feel; I was recommended the first in Simon Brett’s Mrs Pargeter series, A Nice Class of Corpse. It’s a mystery set in a hotel, filled with Gentlemen (and Women) In Decline – who all have their routine, their likes, their little ways… and then comes Mrs Pargeter, with her own opinions and lots of interesting skills that she learned from her dearly beloved late husband. And when there’s a suspicious death, she’s right in there to investigate… the story was amusing and interesting, and a good whodunnit – very silly, as the recommender said, but you somehow end up picking up the next one! (Which I admit I haven’t yet, but I did get distracted by Wimsey.) 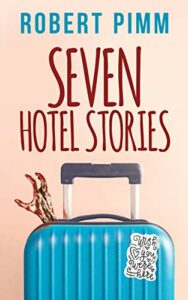 Mrs Pargeter also reminded me of Robert Pimm’s Seven Hotel Stories, and the ever-resourceful Mrs N – I can highly recommend that one, as the stories are great fun and all completely ridiculous. I’ve got my fingers crossed for more of these in the future! 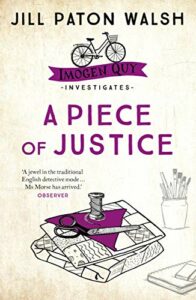 And I’ve also picked up an Imogen Quy Investigates mystery – A Piece of Justice by Jill Paton Walsh. It’s tending towards Morse (although, thankfully, without the insufferable arrogance) and I like the mix of cosiness and intelligence of Imogen! It’s set in Oxford, too, so it’s been amusing to figure out if I know places.

And, in a return to classics, I’ve also been reading some of Arsène Lupin. I hadn’t come across this at all (like Sexton Blake!) and picked up a collection of them, so there’s a wide mix of stories. They’re a fun mix of “this can’t be possible” and “Lupin’s pulled it off again!”, and I was definitely enjoying them until I hit the parody of Herlock Sholmes, at which point… eh. I’m sure it was amusing at the time (and it is quite funny for a bit – poor Watson is a bit of a hard-done-by-hound, so there’s some not-entirely-good-natured ribbing to be had…) but after three stories I’m finding it a little tedious. I may have to skip on to find some more of the derring-do stories!