Still here, just trundlin’. I don’t really feel like I’ve got anything big to say right now, so I haven’t been posting – I just don’t know what to write. But have some mini-Kate updates, because I have managed to collect a small amount of interesting stuff. 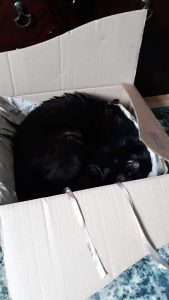 First update: Bobble has found A Box. It’s always a little disconcerting when your vegetable box sprouts a small black hole, and even more disconcerting when it starts snoring… but it is now His Box, so we’re resigned to having a fuzzy, snoring void at regular intervals.

As you may have spotted on my social media, I’m still buying all the books for work. We’ve announced five and we’ve got *checks notes* two more to announce, and then I’ll do a round-up! I did start the process at different times with all of them, they just ended up coinciding… much to my contract-fuddled-brain’s dismay… but they are all AWESOME and I love them. I am currently in the middle of Cover Hell and will shortly be diving into Editing Hell – meant affectionately! I do like editing, especially when they’re amazing books – but it’s a lot of work!

On which note, if you want a good book to read that is now actually out and I can talk about, try Beneath the Rising from Premee Mohamed – it’s the sort of book that you root for the characters, and then you think you know what’s going on, and then it hits you with everything and you’re yelling at the author on Twitter because HOW VERY DARE THEY. You’ll love it.

Otter has been reading GreenSky, and is now onto the unpublished ones… squee! They’re enjoying them, and I think they’re enjoying access to the author – they keep asking me random questions and picking up on little things, which has been really fun. I’m getting flashes of the world opening up again, as if everything’s lifted off my shoulders, just for a second – unfortunately it isn’t any more than a second, but it’s bittersweet when it happens. 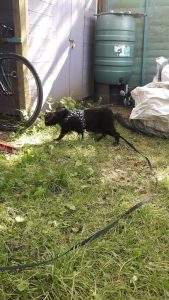 We took a Bobble out into the garden over the weekend – he was a little freaked out (I think partly from the fact someone was following him constantly thanks to the lead, and partly just NEW SPACE WAT DIS) but he ate grass and stepped in fox poo and mostly enjoyed himself. (We didn’t enjoy the fox poo. Luckily the smell wore off by the next day.)

I’ve had a stack of freelance work so most of my time has been spent doing that, but in between that, work and naps, I’ve been re-reading The Goblin Emperor, playing Sagrada and Carcassonne, and trying to stop my laptop falling off my lap because Bobble has decided that he wants to sit there. I’m remembering all my little life-with-cat tricks (slide your feet backwards because you don’t know if there’s suddenly a tail there; get tea and toast BEFORE you sit down; make sure everything is within reach; accept that you will have cat hair EVERYWHERE) and enjoying the snuggles. 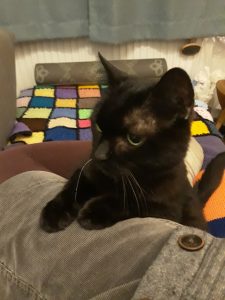 In general terms, I’m not great, but still trundling along; physically I’m very up and down, either with all the energy or with none whatsoever. Mentally I’m going through bad points, but just fighting them off as best I can – they’re mostly unexpected and with no obvious triggers, which is very frustrating! The medication change is kicking in but with no major effects so far, so I’m mostly just plodding on as best I can and fighting weasels on the way. My partner has been looking after me, which is great, and so far *crosses fingers* we’re fine and my loved ones are fine, so I’m just hoping everyone stays safe.

On which note, Bobble is insisting that naps are the solution to all of life’s problems, but has also declared that our technique needs work. He’s always very happy to demonstrate correct technique, and remind us that we need to practise. He is a very dilligent teacher! 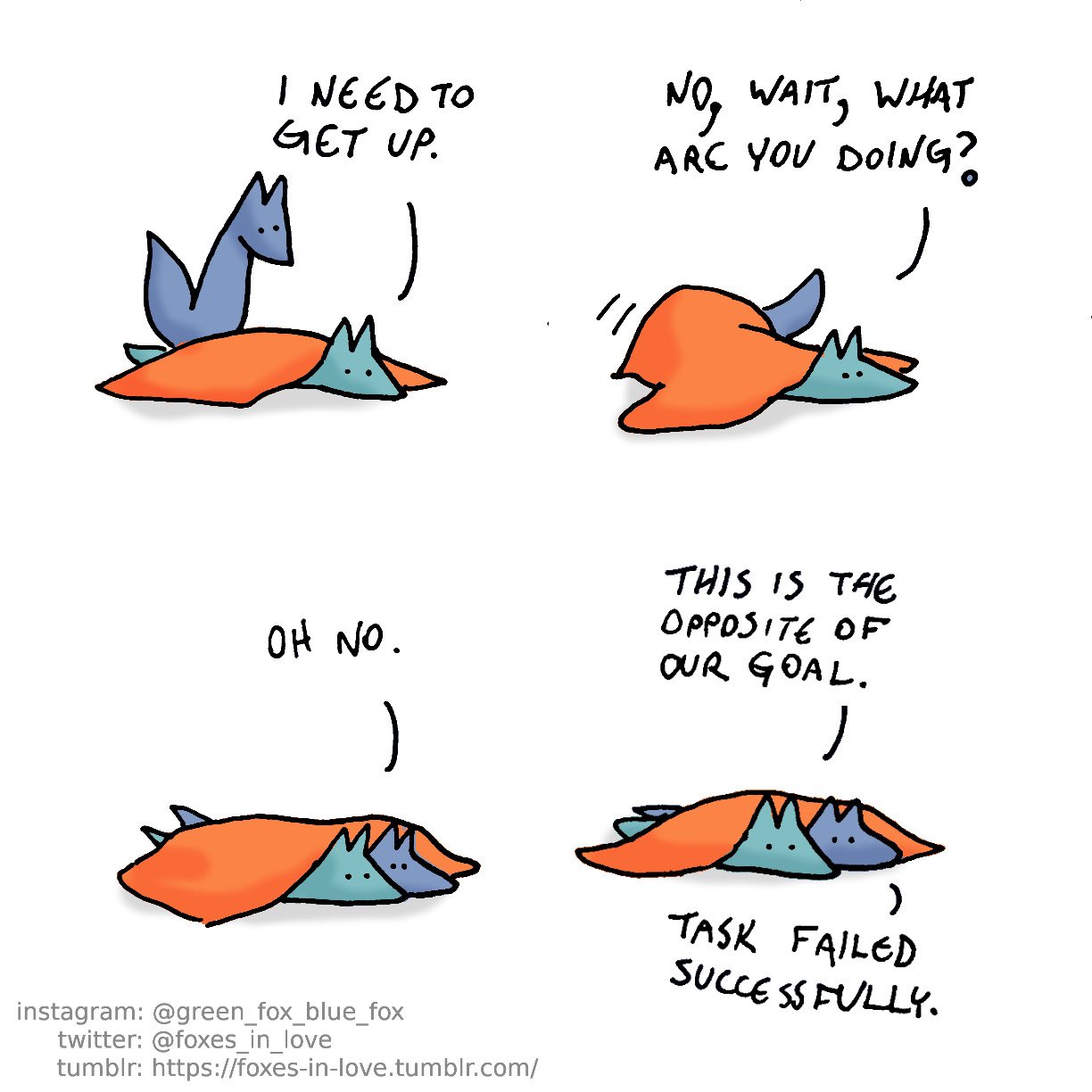 Image via Foxes in Love.