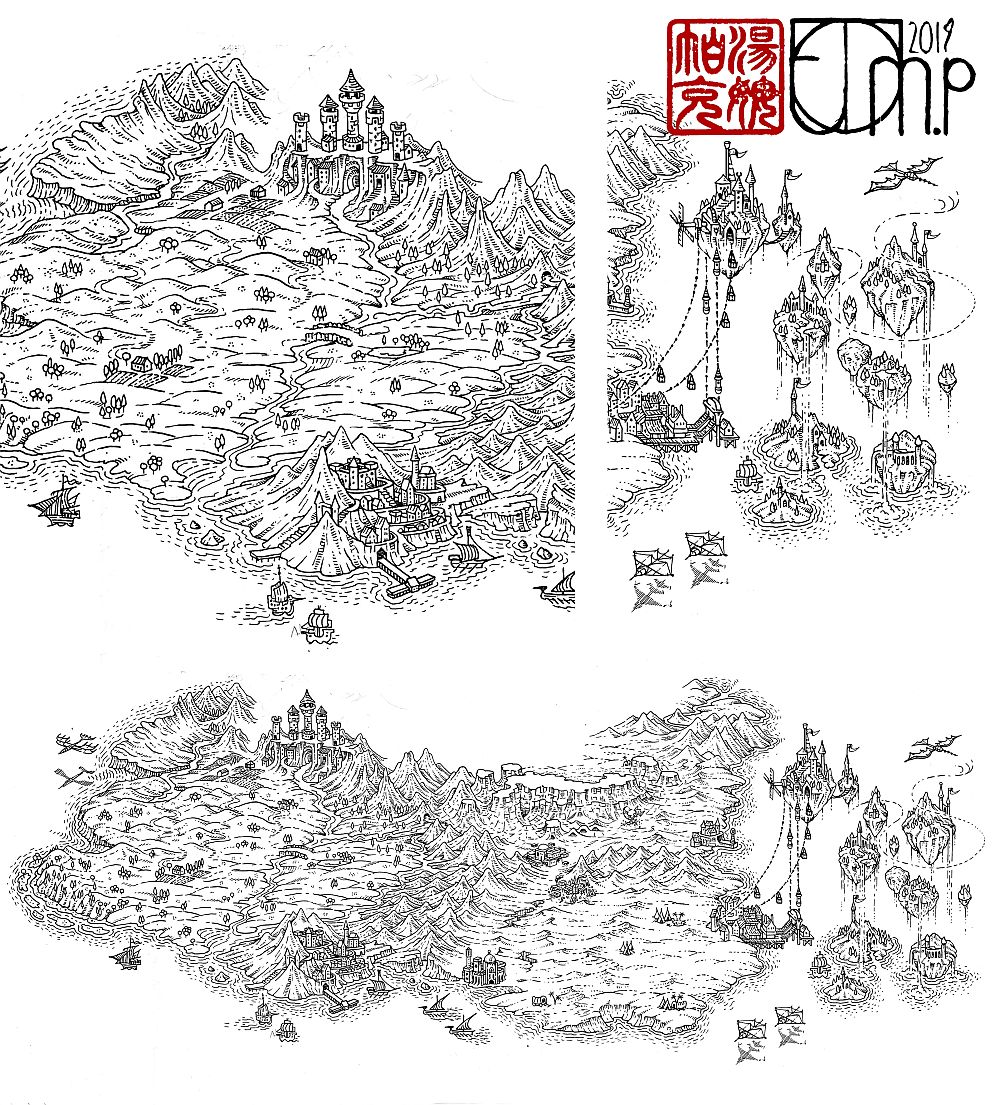 So Tom’s comment when he sent it was “Is Meton ludicrous?”

Which…yes, it is! I adore it. I squeaked. And then I had to write a very sad email going “But it’s just…not right for what’s described. Sad Face.”

I love that castle. I want to live there. I want to climb the towers and walk through the tunnel and isn’t it so much fun?! I might have to write another story just set in that castle.

But… it’s jarring enough that it made me – and Otter, who was peering over my shoulder and has just returned from the depths of Grey Stone & Steel – pause. It’s not on the end of a cliff; it’s not a more medieval-style castle; the towers are proper towers. I just…

For most of the map, I’m more than happy for things to not ‘match’ – I don’t have a visual imagination, and so if something’s not as described – what the hell! I don’t care. There’s so many versions and visions that I honestly don’t mind. But Meton is the centre of the books, and the thing I’ve spent so much time with, and I found I had a slightly better imagination for it. So… slightly less ludicrous we go.

But hey, at least I have a setting for my next story!

(And isn’t the rest of the map AMAZING? I am loving this so much!)