[Edited to add: I’m publishing this as a legacy post. I’ve been playing for longer now and a lot of the problems have resolved themselves… but jeez, talking about a learning curve! Far too many assumptions are being made by the devs in the first few hours of playing.]

I was playing Pocket Camp on my mobile, and stopped when I ran out of space. So I do have some familiarity with Animal Crossings, but not on Switch, and not the full game.

(The Switch itself is great – we got a Switch Lite, and it is indeed light, easy to hold and nice to use! Multiple profiles too which is great for Otter and I.)

But Animal Crossings… hum. I’ve played a couple of hours, and got to the stage where I’m just upgrading from a tent to a house; I think I should get it tomorrow. So I’m withholding judgement a little in case that changes things, but…

And I think the biggest thing for me… I’m bored. 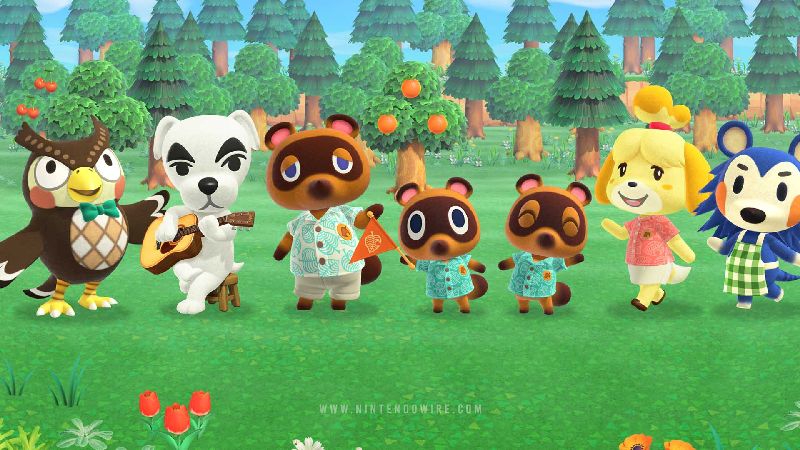 There’s two animals to interact with, and they’re not interesting. Timmy, Tommy & Tom Nook are helpful, but going through the same scripts every time you want to sell a fish is frankly tedious. I can’t buy much yet because I either don’t want it, or can’t use it. I’ve dug up stuff and collected stuff and run around and…

Now what? I keep doing that? Grinding much!

Pocket Camp at least is interesting and interactive. There’s multiple animals, and multiple places to visit. There’s a wide variety of things to do and cute things to buy. You can decorate your house, or camp, and part of the fun is being able to collect multiple items and change theme. You have an obvious path to obvious goals.

New Horizons… not so much. I keep running around and get more money, and I… might be able to do something with it? Once I’ve paid back my house, of course. I dunno how many shells and fish that’s going to take. And is that it?

Also, it’s giving me anxiety that my character is running around in a t-shirt a jeans when it’s SNOWING! At least give the starting character some weather-appropriate gear! (I can’t find any in the shopping lists either, so I guess I’m going to have to stay anxious for a while.)

So… I’m going to keep playing for a bit longer, just to see if having a house makes a difference, or if Blather’s Museum gives any more options. But at the moment, it is very, very meh.