I have been gaming a bit more recently; I’ve had a whole stack on my wishlist and I’ve picked a few up when they’ve been on Steam sale, and over the last few weeks, I’ve started playing again – mostly a game called Epistory!

I wanted to love Stardew Valley, but it had too many bugs, too many random quests, no help given….screw that. I’m sure it’s fun if you get into it, but for me it was just tedious, and I refuse to waste time on tedium. I also had a go at something similar to Sid Meier’s Civ, but didn’t get on with it. 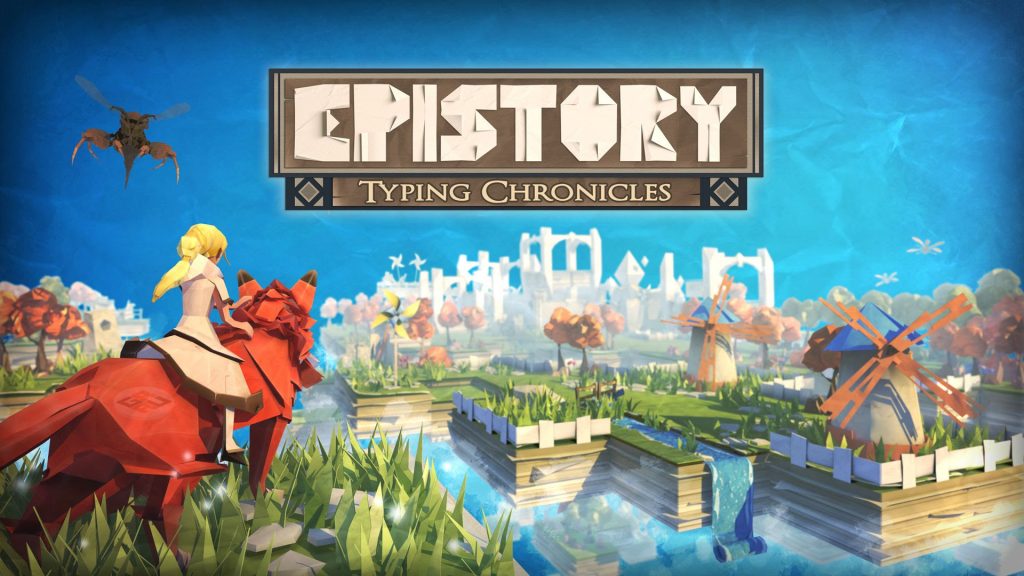 In a story where everything is to be written, ride a giant fox and fight insectile corruption in a beautiful origami world.

I mean, how cool does that sound? And it really is!

The world itself is stunning; everything unfolds as you approach it, and it’s origami-and-paper style designs, beautifully drawn. It’s a sheer joy to look at, especially as there’s a range of different areas that you can travel through, all rendered with different settings (I particularly like the ice floes). The plot is basically “find area, explore, do some puzzles, whomp creatures, learn a new language, explore more” but each level is different enough that it’s not tedious – and there’s a larger story wound into the world, writing itself as you go.

And that’s part of the fun – the story tells itself on the ground as you travel. You fight monsters by typing words and letters. You reveal treasure chests and flowers by getting the words right. If you’re trying to learn touch-typing, it’s an excellent way to learn – as I’m finding! I’m so used to writing from my head that I don’t have to think about how to type a word – but give me one on the screen and I get a little lost, so it’s actually an excellent tool.

I don’t know how long the story is, but you can keep exploring the world even between the levels. On a gameplay level, I love that the game automatically saves and if you die, it puts you back to a sensible save point (so doesn’t immediately put you back into danger!) The interface and tools are very easy – the only thing I’m finding difficult is the movement controls, as the game uses E-F-J-I. It helps typing, but unfortunately I can’t get them into my head as directions so I’m constantly going the wrong way…but that’s a minor bug compared to the rest of the game. 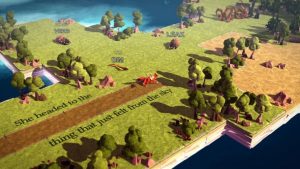 I don’t know if you can adjust difficult levels – if you can, Epistory would definitely be an excellent game to teach children touch-typing! It’s sweet for all ages, though, and beautifully drawn. The story’s still unfolding for me (and I love that I can play in small chunks!) so I’ll keep you updated!