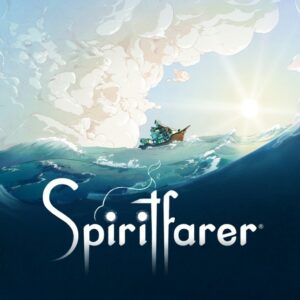 I’ve been playing a game on the Switch called Spiritfarer, which bills itself as “a cozy management game about dying”, and the couple of reviews I’d read (plus a suggestion from someone I follow) suggested it was right up my street.

Let’s start with the good bits. It’s got beautiful graphics, is adorably drawn, and it’s pretty easy to move around/do things. The first quarter of the story – the first four characters – is lovely; you’re led pretty easily through how to play, the base resources you can get, customising your boat, sailing places, all as you do tasks for the characters and make sure they’re comfortable… and when those character arcs are done, you can take them to the Everdoor, and usher them onwards. It hits all the right bittersweet notes, and one of them did make me cry. So for the first couple of hours, it’s a really nice, sweet, find-resources-and-do-quests game.

And then let’s move on to the things that made me repeatedly (over several gaming sessions) swear, want to throw the controller across the room, and finally actually give up on the fucking game. 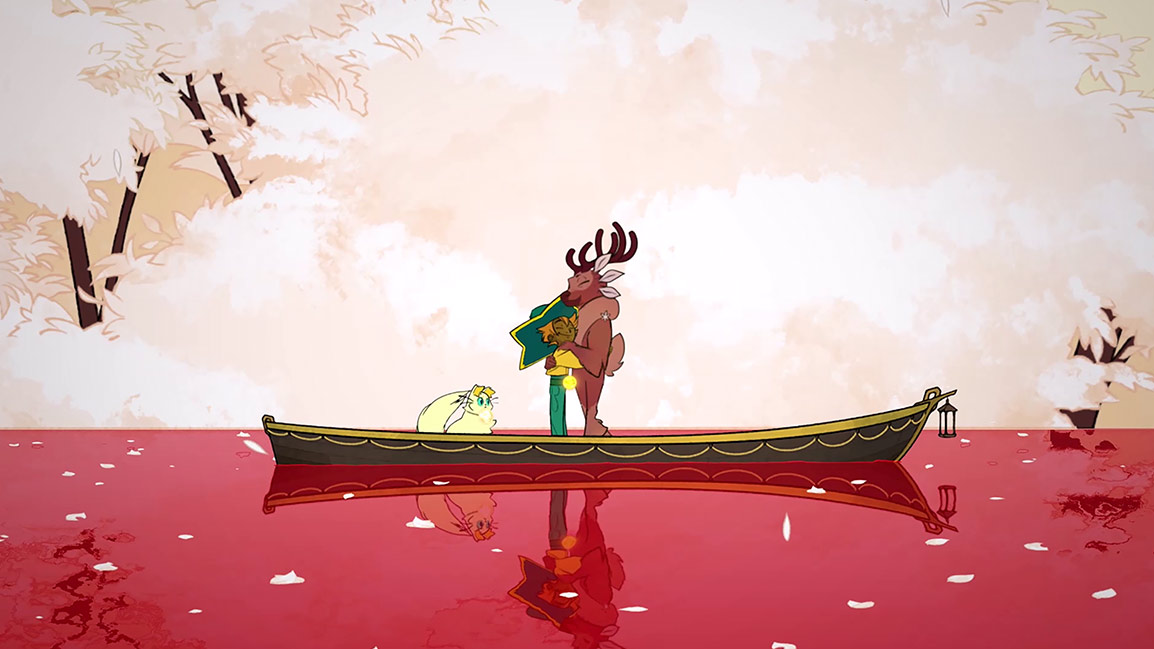 First; whoever designed the plot/game mechanics apparently never even considered that someone might not do things in the “right” order. I actually had to restart after 5-6 hours gameplay because I got the “wrong” skill, and couldn’t progress; after I’d restarted and got past that same point, I then spent 8-10 hours almost running in circles, because what I needed to do to progress any of my quests was. Not. Fucking. Obvious.

I usually hate looking up answers, but I hit my limit. I accessed walk-throughs. I asked the same questions many other players had asked. I tried to guess and second-guess if I’d missed something. Each time, I did eventually manage to figure out what I’d missed – but when it’s several things, in different areas, and that had happened multiple times… I was done.

Constantly second-guessing a game IS NOT FUN.

Fun is knowing something is up there but not being able to get to it yet, or mashing buttons frantically because you just have to get that jump riiiiight oh fuck, ok, do it again. Fun is exploring and finding new things, new quest lines, and even if you can’t do one or two there’s still plenty that you can follow. Fun is being able to see what you can do and what your aims are, even if you can’t currently do it/don’t want to/feel like chasing comets instead.

Fun is not being led, gently, along a path, and then being pushed off it – and having no idea if you can’t do a thing because you don’t have the skill, or you missed something, or there’s a bug. Fun is not being frustrated enough to have to research every single character you can pick up in the game to figure out which one you should get now, with the (apparently limited) skills, and realising that the answer is “none”… which can’t be right. Fun is not HAVING TO FUCKING RESTART because the devs apparently didn’t even consider that someone might not follow the game with the plot structure they had in their heads, and then have no way to remedy it. 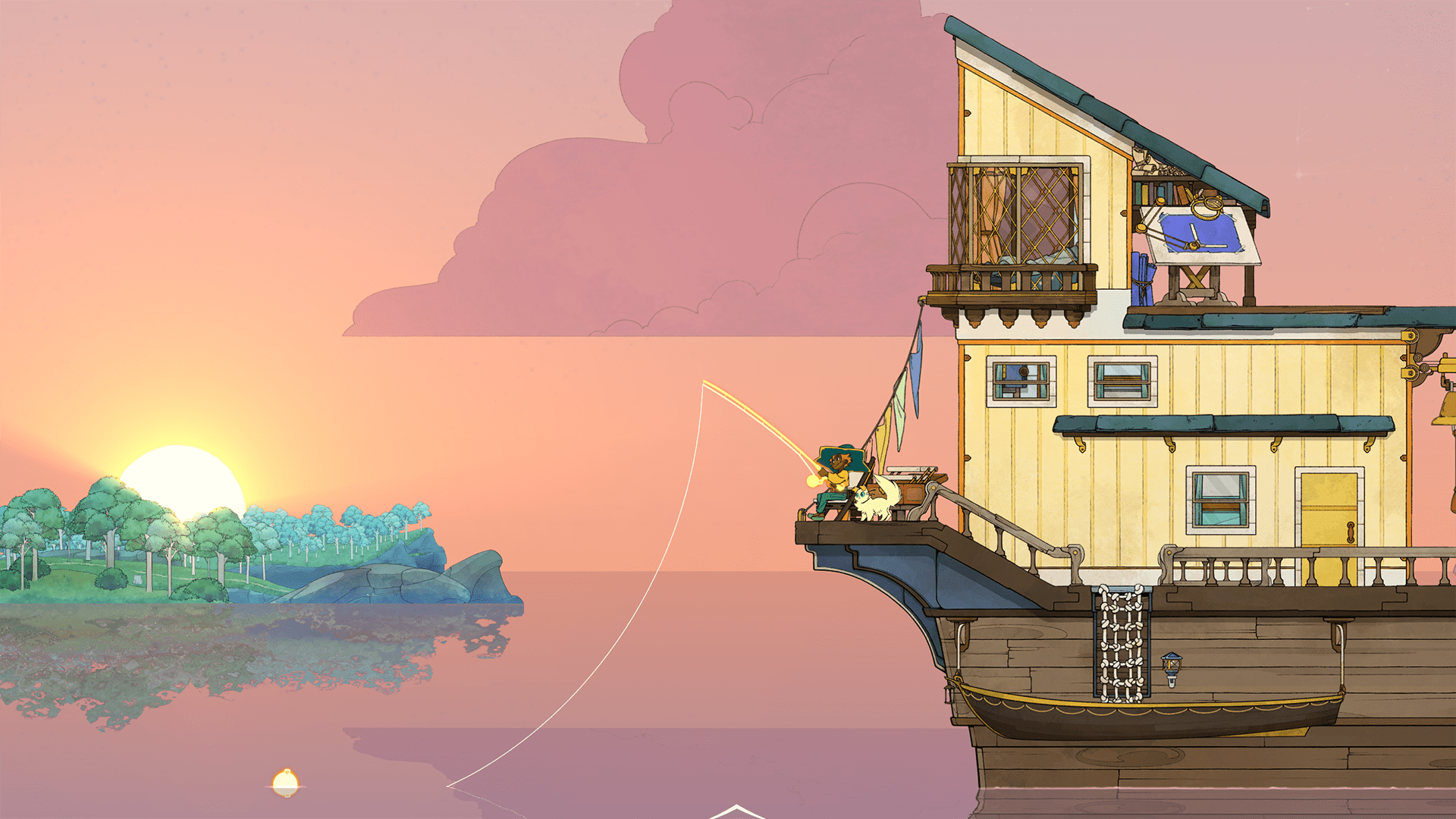 Place that alongside some decisions not to signpost resources or provide any help in-game, and to only signpost some access points and not others (eg. places where you can jump are sometimes obvious… and sometimes very not obvious) and it’s a recipe for a fucking frustrating game. There was one instance with a high ladder, where one iteration of it is relatively easy to jump onto; it just requires the right position/skill. There’s a similar iteration where I must have tried 15-20 times, no luck – so I assumed, not unreasonably, that it required a skill I didn’t have. Apparently what it actually requires is the stars to align and a pink elephant to fly past, and you can climb up this ladder – I have no idea what I did differently to get there, but it was annoying. Times that by about ten different things, and it’s infuriating.

The paragraphs above don’t really convey the sheer annoyance of all of this, but my partner will assure you that I was PISSED OFF. And I would also like to point out that it’s not me being stupid; the decisions were pretty obvious, generally, and the game definitely didn’t point to one being needed before the other, or to where I could find more information – it did really seem like whoever designed this had merrily trundled along, assuming you’d do The Right Thing and just… not thinking about if you, maybe, didn’t or couldn’t do That Thing. 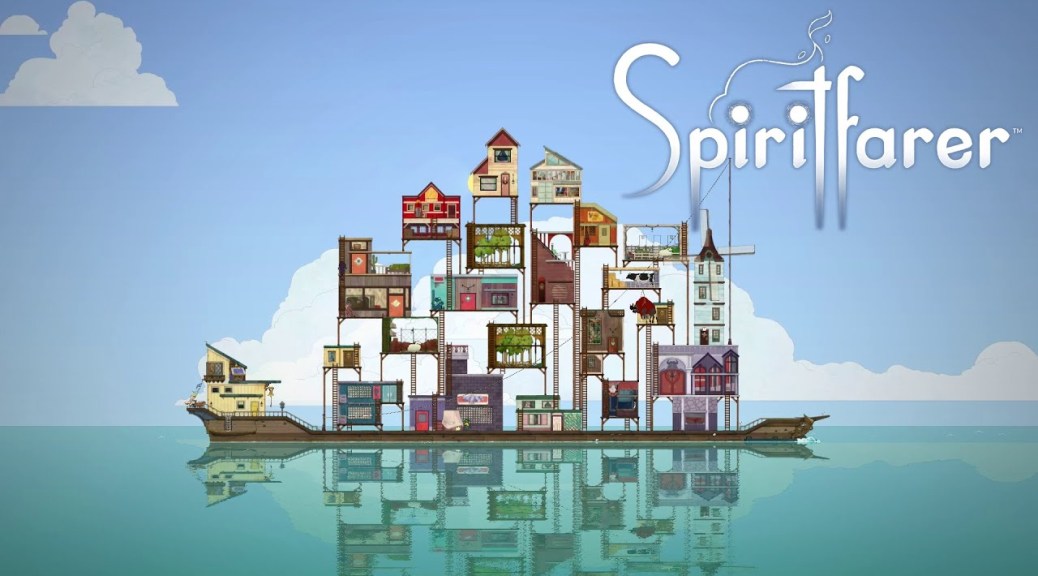 I want to love this game. I want to say it’s sweet, and cute, and fun, and it made me cry (which it did, twice.) I want to say it’s a neat little game about collecting resources and taking your passengers out for dinner and talking to rude passers-by and delivering lemons. I want to say that it’s a thoughtful, gentle story about life and death, and friends making their way into the afterlife, and about how we deal with death and loss and memories, and that it tugs all the right heartstrings.

I want to love it.

But, honestly: it is all of that – it is sweet and lovely and heart-tugging – and that’s not enough to overcome the flaws.

My real takeaway? Don’t buy this. Don’t bother playing. You’ll make the wrong plot decision, or not be able to do something, or choose the wrong action, and frankly – unless you like aimlessly drifting around a map while frantically Google’ing to see what you missed and where you should go next – it’s not worth it.