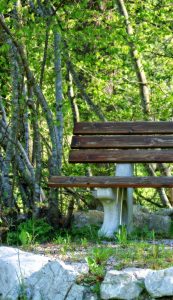 Ok. So. Having had several lovely comments on a Dresden-Files-ish short story (Winter’s Loan), a kick from both PandaFries and Thalamas, and a good day, I took my courage in both hands and jumped.

And holy f*** does this take more courage than I thought I had. It’s ridiculously exciting – I was on top of the world on Saturday and didn’t shut up thanks to overflowing happy energy (sorry, Swindon FreeWriters) but it’s also terrifying.

I loved these characters. I lived them for over two years. I had them in my head and in my life. I wrote so many words of game write-up or extra story…this is a bit of my heart and my soul, and I’m terrified of putting it out there because I feel so small, and so completely and absolutely judged. I’m scared of what people reading are going to think of me. I’m scared of what it says about me (apart from the fact I have a knack for putting my characters in mean situations). I’m scared of what anyone who reads is going to think. It was fiction, yes, but it was choices that I made for my characters – and having almost lived the situations, I can’t stay as removed from it as I can with my other writing. I was there, having those arguments, laughing at the antics. With the game, at least, it’s not just in my head – and while most of these pieces are just character extrapolations from that (certainly the romance and sex scenes would be a bit of a different roleplay style from the one we played, and probably require less clothing) it’s still got that heart-string tug.

But…I love it. Re-reading, I can’t stop smiling. I love it. And I want to share it.

It will only be the Dresden Files Swindon game that will get shared, and I’m still taking that one story at a time, so there may end up being pieces I don’t put up. I won’t ever be sharing any of the wolfpack games; while I wish with all my heart that I could share Ryan’s writing with you, I can’t get his permission, and I don’t think he’d want it shared. I absolutely adore it – but it’s his, not mine. And so that will stay locked.

But as for everything else… *deep breath* I can do this. I can. So, keep an eye out on Wattpad for new stories, and absolutely please, honestly, tell me what you think!