I borrowed the concept of Brain Weasels from Jim C Hines, because they’re just so apt. “They scheme against me, rubbing their tiny clawed fingers together and twirling their whiskers…”

They’ve been in full force for the last few days. I knew that having an overdose of People and Big City over the weekend at Forbidden Planet’s Small Press Expo (which was fabulous, and I’m very glad I went!) and seeing people in London would tire me out, but it really did a number on me.

It hasn’t really been helped by the last few weeks. I’ve had a few minor stresses that have all stacked on top of each other to make a bigger stress, and I’ve started to have problems eating again – I probably should do a separate post about that but I’ve got the fun combination of not really wanting to eat, and then when I do, feeling sick, which just reinforces the not-wanting-to-eat. I’ve trained myself over the years to force myself to have something (usually tea) which stands me in good stead whenever I get this bad, but it’s still not fun, especially when combined with other stress.

I think I’ve started separating the Weasels out more successfully, though – which isn’t entirely nice. It’s like falling over something: I’m coasting along on a “well, ok, things aren’t brilliant but I’m doing all right and I can do this” and suddenly I’ll trip over “everything’s shit and you should just kill yourself already and there’s no future and here’s some ways to do it” and it just feels so abrupt. And then I get ambushed by more Weasels and that ain’t fun either. Plus if I don’t want to eat then the Emergency Stash of Chocolate doesn’t help, so… 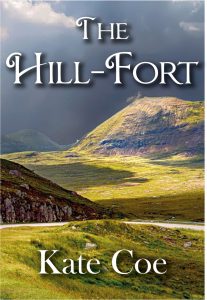 The only thing I can really do when I get bad is push on through it: there isn’t really anything I can do to make it go quicker. I’m coming up again now, thanks in part to my wonderful friends and in part to the Weasels fucking off. If I get bad for longer than about a week, I’ll consider looking at medication again, but for now I’m just keeping on swimming as best I can.

On that note, one thing that does help (while also stressing me out, but in a better way) is work, so I’m going to go dive back into the pile! It’s currently mostly proofreading and things for other people, but there is some of my work on there…

And I’m still doing my Dresden stories on Wattpad twice-weekly, so please do hop over there and have a read if you fancy something new (to you) of mine!