This Is How You Lose The Time War is now out (wheee!)

Peter Cat got himself hurt on something on Sunday, which meant a worrying trip to the vets and a very fetching bandana, and also a rather large vet’s bill. Yay. He’s now home and Very Grumpy that we won’t let him outside… I don’t think anyone’s broken it to him yet that he’s not allowed out for two weeks. He’s going to be Exceedingly Grumpy at that point! However, he is fairly stylish in a bandana-bandage sort of thing, and is being more affectionate to everyone in the hopes this will bribe us into opening a door for him. (It hasn’t worked yet.)

Uncanny Magazine and Strange Horizons both have Kickstarters on at the moment – consider supporting excellent writing! (I really need to get my budget for writing magazines sorted… there’s so many I want to subscribe to!) 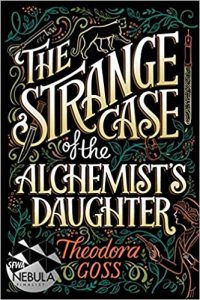 At the moment I’m reading The Strange Case of the Alchemist’s Daughter, and it’s one of the first things I’ve enjoyed outside work for a while – I’ve had a bit of a reading slump so it’s nice to want to read something.

My curtains are currently moving strangely. I think this is due to the Small Black Fluff on my windowsill, staring intently at passers-by.

I’m using Drops to learn Norwegian; while I’m mostly building up vocab at the moment, it has a strong insistence on being able to say “I am allergic to peanut butter” and that I know the words for “body”, “umbrella” and “goodbye”. I am wondering at what point I need to ask it if it’s ok. (The app is actually very good; it drips new vocabulary in and uses images instead of English words, plus it’s very easy to use. Currently doing twenty minutes a day!)

I am still ridiculously lacking in motivation… not been doing great recently, so that’s been fun. It feels a bit like wading through treacle? I had a conversation with my partner about anti-depressants, anyhow, which I Do Not Want To Go Back On but if the swings get too bad then I may. We’ll see.

And finally: the groan that goes around the Editorial Team when someone risks asking, “So, is this a series…?” confirms this meme! 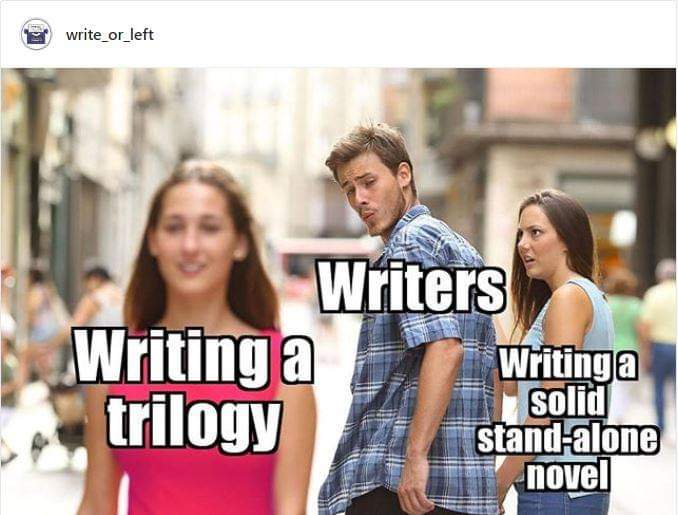