I’m not doing too well at the moment. I got flu last week, and had three days off work (over a weekend, as well, so ended up being ill for about five days). A week later and I’m now off again as the lingering cough has developed into a full-blown raw throat and hurting chest, plus a mild bout of food poisoning yesterday, plus nightmares that mean I’m not sleeping well. My partner’s been ridiculously sweet about looking after me, but there’s only so much you can do when everything just needs to work itself through. 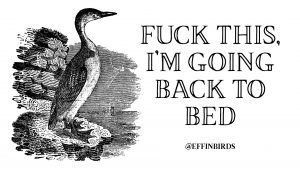 My mental state isn’t the best either. I know that I should be feeling really happy – I have a wonderful partner, a place of my own, a job I love – but everything’s feeling pretty overwhelming. I know that it’s mostly just brain weasels and depression talking; the point when I start thinking that I “should” be happy is usually the point that I know it’s not entirely me talking. But it’s also really hard to cope when I feel like my list is growing, and it all feels incredibly endless.

(…sort a plumber for getting the dishwasher out, and then sort them coming back to replace a part – and get the dishwasher fixed or replaced. Paint the shelves, and then again, and then sand and paint again. Email a solicitor about some niggly divorce financial stuff and then understand the answers – which I am seriously struggling with – and then have to do paperwork which is a task in itself, as printing and getting ID documents sorted and sending them is apparently a multi-day job. Get my boots fixed (again). Finish a formatting job for a client and then do six lots of corrections and then do the ebooks. Start another formatting job plus email a quote back to someone else. Sort a vet checkup for the cats, which involves ringing them as none of them put fees on their websites. Sort the council tax, which is in the wrong name and is somehow very confusing for them. Read five books for friends and give feedback. Think about the Grimbold Patreon because that’s getting urgent. Worry about my laptop screen not working in certain positions which means it’s going to fail soon, and have I backed everything that I need up recently? And this is on top of go to work, sort food, write blog posts, tell my partner I love them (not that that’s ever a chore), be nice to the cats, see friends, see family, email my Aunt, text my Dad about the latest thing he’s worrying about (although that was actually a new table he’s got, so that’s nice), work out which hug gif I haven’t used recently for my friend, book dinner with Badger, remember to ask another friend about their medical procedure, remind Otter that we’re baking eclairs and blues dancing sometime soon…)

I think one of the things that always gets to me is that it never stops. My task list will never be done; it’s quieter now than it has been due to my deliberately trying to throw some things out, but there’s always things. There’s always so many “shoulds” even on top of the task list – I should write more. I should see more friends, appreciate the people in my life more. I should read more. I should take more time for me. I should find space to improve myself or do more things that I want to do. I should be better at using my time than I am… I know it’s a familiar thing for a lot of people, and it’s something that won’t ever stop. I’m being whiny and silly. I do like being busy, I like having tasks – and I do this to myself! I could stop. I could just…say no. Stop doing it. This business and the subsequent tiredness is on me. It’s my own damn fault, and I shouldn’t whine. 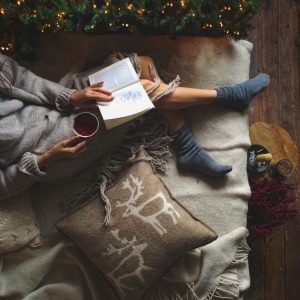 I’m just very, very tired right now, and a lot of the tiredness is because there isn’t help available. I’ve asked for what I can; and now the only person who can do the rest of it is me. I just need to get on with it.

Anyway! I am going to be ok. I have a cup of tea, some sunshine, a fantastic sofa, and hugs promised this evening. I’m slowly doing what I can. One thing at a time, and I’ll be fine.