Still here. Still going. Finding everything very grey and tiring; I usually love autumn, but I just don’t have any capacity for appreciation this year. The colours are beautiful, the sunshine is lovely, and I just… meh. Yay, depression! Always fun.

I made chutney! And pear jam. I’m making notes for what went wrong so I can do better next time… (Mostly the jam had too much sugar, and I wasn’t entirely sure about the chutney. I just need to experiment there, I think.)

I planted a tree! A neighbour was digging up their plum tree and offered it round, and it’s now in our Close to replace one that was there but died. I’m hoping that it’s going to survive the winter – it’s had compost and food and a lot of rain, so we’ve done all we can… 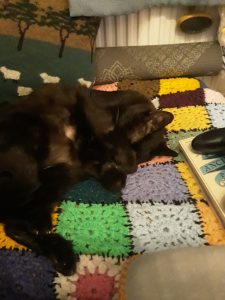 One sort-of happy thing – I had an awesome story dream! And then forgot it, of course. I keep getting the occasional story idea, too – nothing that I can write, but it’s reassuring to know at least the ideas are popping up.

Smol Grumpy Black Cat is currently a pumpkin; he’s officially Stout (whoops) and has been sitting under our Hallowe’en banner like a small black pumpkin, so  I’m currently calling him Grumpkin. Other than that he’s well, grumpy, yowling and generally extremely happy – although he doesn’t have enough biscuits. THERE ARE NEVER ENOUGH BISCUITS.

I’m on hooooliday! As of tomorrow, anyhow. I’ve got a week-and-a-half off; unfortunately I’m not in Canada as planned, but I am going to be doing a bunch of DIY, planting some nice bushes in the garden, and sleeping a lot. Maybe if my brain will co-operate, I might get some reading done too…

That’s it. Be kind to yourselves! 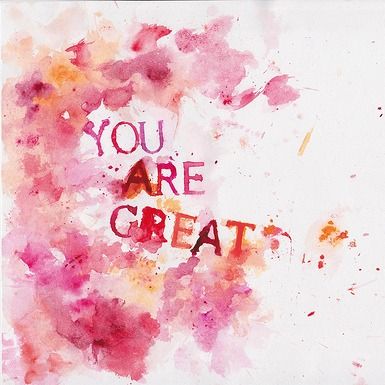