Happy things for October! (How the heck have we got to October?!) 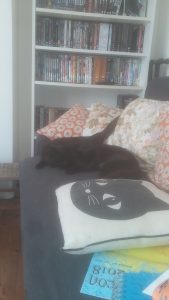 I had a bit of a mental health blip this month…ok, a lot of a blip. It was partly due to moving house and life throwing a load of things at me, and partly due to being back on some pills that I knew wouldn’t be great. However, I didn’t think they’d be that bad….and I was wrong. But hey ho! In good news, I am surrounded by amazing people and the ones I reached out to (because that’s usually the only way I’ll accept help) were absolutely wonderful. I’m doing a lot better now – I’m off the damn pills for a start, despite the side effects of that – and I’m back to Happy Kate! I’m a bit tired but other than that, coping with everything again – so far, at least.

Despite the blip, though, there’s been a load of stuff this month that’s made me happy!

1.Being snarky at films.

As anyone who knows me may have figured, I’m not great with TV or films; I find them too intense, and really struggle to watch things (with some exceptions – I’m happy to admit I don’t entirely know how I work). But I’ve been watching more silent films with Badger, and I have been snarking my cynical little heart out – with said Badger laughing at me the entire time! It entirely suits the over-acting of the films, too; there’s just something ridiculous about the drama (although to be fair, we last watched Metropolis), and if cynical snarking means it’s bearable enough for me to watch…well, that seems to be a win.

2.Walking across the fields. 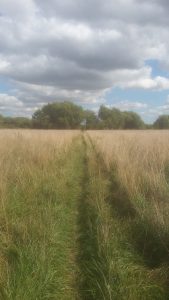 My commute is now across the water meadows on the west side of Oxford, and while they’ve been a source of solace and beauty over the last six months, it was only this week when I got to show my friend Otter my walk home that I realised how much I love them.

A picture of one path is my phone background; I always turn and look at another as I reach a small rise, watching the tracks drop down across the field and into the distance, matched by the march of the pylons overhead. I get the sunrise from behind the trees and church, spilling gold across the fog that lingers on the fields and hollows; I get the sunset that dips behind the hills, lighting the sky with fire even as the track fades into dusk and shade, pooling shadows under every hedgerow. I love the line of the railway bridge as it tumbles down to skim across the lake; the abrupt change from flat stillness, only broken by the haunting calls of the birds, to the lines and edges and glints of the railway, the heaps of stones and barrier fences, the roar of the trains as they rumble past uncaring – and then back down to the tiny path that winds between the willows and ash and elder, the smooth trunks rising in turn until they’re replaced by the pylons again, soaring out of the pool of still water under the crooked causeway bridge. To hear someone else say with wonder, “I never knew this was here…” – and to be able to spread my arms and spin and say, “Yes, and now I can share it with you!” 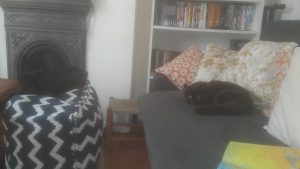 Our two have learned that the wooden floors are great for skidding on, humans give scritches in exchange for treats, yowling doesn’t get them food any faster but it’s still worth a go, and that THEY ARE NOT ALLOWED CAKE. We had an argument, which I won – eventually. (I suspect it may be a repeated one, though.) Other than that they’re settling in to life: they just skidded around the corner into my bedroom, saw me, panicked that There Is A Human There and promptly ran off again – but they’re slowly getting used to the idea that Humans Do Move, and that the house isn’t too scary, so I think they’re pretty happy.

I also got to meet my gorgeous, arrogant poser again (I’ll ask if I’m allowed to post pictures, because he is beautiful, and also completely and utterly daft) and I’m getting cute cat pictures from another friend on a regular basis in exchange for black fluffball pics – so it’s a tough life!

I made scones! And I was bopping round the kitchen singing! It’s been really nice to feel like baking and singing again; and I got to do both while chatting about mythology (on which note, I really need to do a series of Alternative Morals For Greek Myths since my fellow-baker came up with “pack a lunch” as being the moral of Persephone…) and laughing at the cats. It was a reminder of something I loved doing, and a reminder that it is coming back. Plus, the scones were nommy!

All the friends who have been playing ridiculously silly games at lunchtimes with me, texting six supportive gifs in a row and then give me a pep talk, singing karaoke very loudly in the car, telling me I’ll get through this so seriously that I have to believe them and then giving me a huge hug, randomly texting cat pictures, or checking in despite their hectic lives; all the friends that I don’t see for six months and then can catch up with in ten minutes with a hug and a laugh, and it’s like we haven’t been apart; all the friends that I can have long conversations about something completely random with, or sit with and watch something ridiculous (*cough*Metropolis*cough*) for five hours straight;  the friends I can text at stupid hours of the night to catch up with them and find out about their illuminated wardrobes (don’t ask) or their latest Arduino project; the friends who I’m just starting to get to know, and the ones I know will be there in six months or a year or two years, wherever our lives are taking us. I have some fabulous people around me, and I am absolutely blessed and grateful for them all. Thank you!

As a bonus: Peter Cat-paldi being friendly to my housemate! 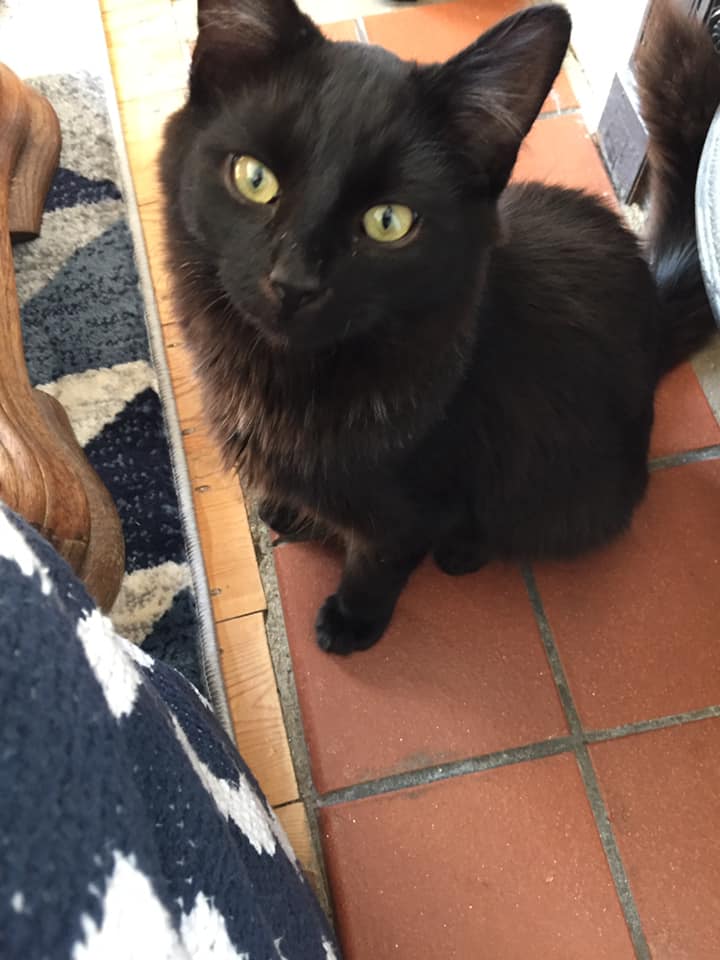