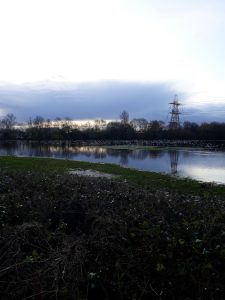 I don’t know why I’m quite so excited this year (possibly the drugs have something to do with it) but I’m really looking forward to Christmas. (The flooding part isn’t so great, but we live on a hill and own wellies, so meh. The birds seem to be enjoying it anyhow.)

Also, it’s time off to sleep and read – and eat biscuits.

As my partner has now seen this (and helped me put the fairy lights up), I can talk about it! I made an advent calendar – it’s 24 envelopes with craft tape, all pinned to the fairy lights. I’m not going to say what’s in each envelope as I know my partner reads this (hey, you) but it’s cute, and exciting, and I really hope they like it.

They liked the calendar when it went up, anyhow, so that’s a good sign 🙂 and the lights make the room really cosy! 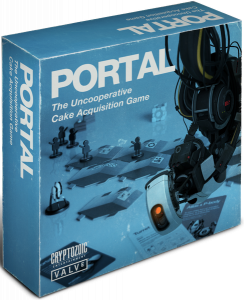 Excellent dinner at GBK and a Beethoven & Stravinsky concert in Birmingham, catching up with Sam and playing the Portal board game,  dinner at the George Street Social with an old friend,  lunch at the Ashmoleon with my family… it’s been a busy month (and next month is due to be even busier, ARGH) but I’m coping.

Portal was ok, by the way – but we decided that you needed to play with  more than two people, and they had to be people who don’t mind being mean to each other. It’s definitely a backstab-and-steal-your-cake game.

Well, it’s sort of a good thing. They’re definitely helping lift my mood, but they’re also doing an absolute number on me in terms of tiredness and picking up bugs; I fell asleep on both journeys to/from Birmingham, have been going out like a light as soon as my head hits the pillow and waking up tired every morning, and spent some of this week lying in bed with a stupid bug that made me exhausted, sick and generally incapable of any thought. I’m really hoping the effects wear off soon!

But overall – they’ve been really good! I had two points last week where I could feel myself reaching the end of my energy, but I was ok: I coped, and could still function. I did have one bad anxiety attack (set off by a crowded pub) but that was ok. So yay for drugs!

Donut County is a story-based physics puzzle game where you play as an ever-growing hole in the ground. Meet cute characters, steal their trash, and throw them in a hole.