I mean, I sort of did do them… read more, yes, but at work. (LOTS more.) Reading at home? Um, not really, despite trying. Writing? Nope. Baking? I’ve been doing bits, but not much, and definitely haven’t got the macarons right yet. BAH. 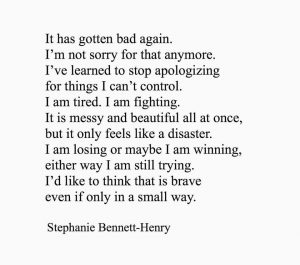 Friendships? Actually, I feel I’ve done ok there. I’ve kept up many of them, despite obstacles, and the list of people that I’ve sent Christmas cards and presents too has felt good, even if I haven’t seen those people much. I’ve also made a bunch of new friends, or consolidated other friendships – so actually, that’s one success.

And adventure? Well, yes! It hasn’t been as dramatic as I would have liked, but I’ve been to Ireland, Italy, Scotland…

And I have grown; I have learned. I’ve found new paths. I’m still struggling to find the joy in it all, but that’s something I’m working on – I’m putting my roots down, and I’m hoping that they’re going to keep spreading.

Actually, I think I’ve only really got a couple* of things I want to work on.

I’m hopefully (fingers crossed!) going to Canada in October, Belgium at Easter, and have various trips to London planned. I want to do a long weekend at least in Norway and Prague. I want to go to Wales and trundle round castles. I want to explore more of Oxford. I’m taking the long routes home!

In my work life, I want to get to SFEP Professional level: I’ve nearly got the hours for it, and I’m just doing more training credits. That would be really satisfying, although I definitely want to do it alongside more useful development for my job – every editing role is specialised, and so I want to keep working on my own development and needs.

In my personal life, I want to Get Shit Sorted. I want to sort out my finances, and also various accounts/passwords/will/pensions/forms/all that boring jazz that only becomes important if something goes drastically wrong. It’s tedious but it makes me happier to have it done! 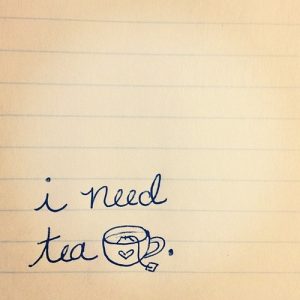 This kind of fits in with the consolidation, but I want to spend more time just being. I want to sit with a cup of tea on the sofa and look out the window. I want to plan the garden and work on it. I want to take time to write cards and see my friends. I want to work on my courses and finish some projects and just let myself do the things I want to. I want to let my brain have time to recover, and let the grey recede, and start living again.

And hopefully, somewhere in all of that, I’ll be able to start reading, and start writing.

Somewhere, hopefully, there’s a story that I want to write.

*Ok, so there’s a story behind the “Foster Couple”. When you say “a couple” to me, I’ll bring you three. Or four. This is because my father is an engineer, and therefore if you bring him two screws, he’ll drop one or need three or they’ll be the wrong size and actually it’s just easier to bring more than he needs, and therefore it’s become a habit that if you want two, you say two. If you want a couple, you mean three or four.

This especially applies to donuts. Who actually wants two donuts when you could have more?